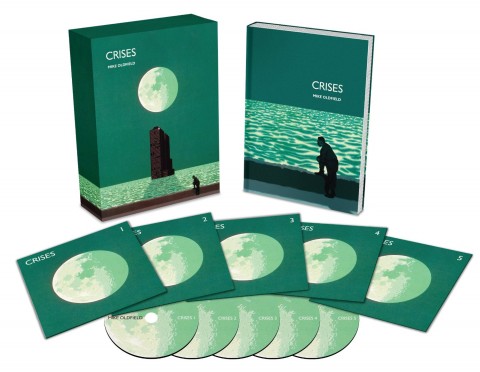 Last Thursday we revealed that Mike Oldfield‘s 1983 album Crises will be reissued on 2 September as a 5-disc box set. We are now pleased to bring you the first picture of this release, which looks like a nicely designed package, complete with a hardback book.

At the time of writing this release still hasn’t been officially announced, and whether Crises will be offered as a cheaper two or three disc variant, or a new deluxe vinyl LP remains to be seen.

Five Miles Out is released as a 2CD+DVD set on the same day – more details and tracklistings can be found here.