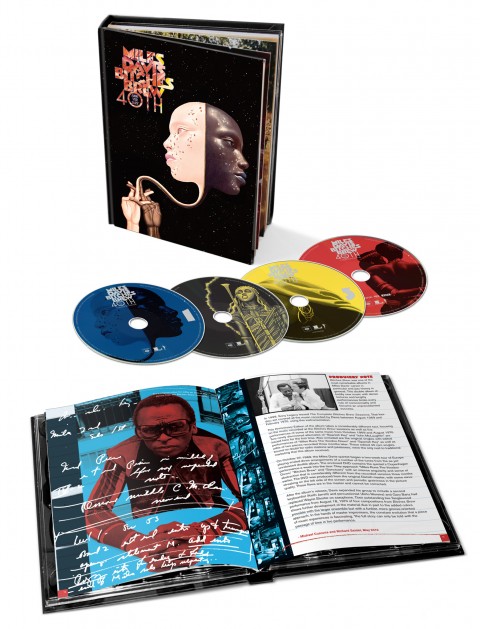 This May, Sony will release a repackaged ‘bookset’ of their 40th Anniversary Super Deluxe Edition of Miles Davis‘ 1970 genre bending classic Bitches Brew.

This more compact set dispenses with the two vinyl records that the previous edition (issued in 2010) included, but everything else is more or less intact. It comes with three CDs and a DVD, made up of the original 94 minutes of music plus six bonus tracks, and unissued (at the time) performances from Nov 1969 and August 1970 (audio and video respectively).

The book includes a 5,000-word essay by Greg Tate; Producers’ notes by Michael Cuscuna and Richard Seidel plus dozens of rare, unpublished photographs.

This will be released on 4 May 2015 and will be priced around the £15-20 mark. If you would prefer the more lavish 6-disc super deluxe SDE has identified a great deal.