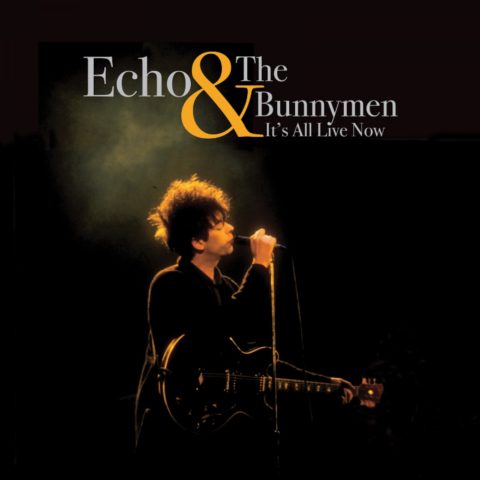 Warner Music Group have launched Run Out Groove, a new ‘fan-driven’ vinyl-only imprint that will deliver limited-run vinyl pressings featuring unreleased or out-of-print material. One of their early titles will be It’s All Live Now, an album featuring select live performances by Echo and the Bunnymen.

This new collection features live material recorded in Sweden in 1985 and includes covers of classic tunes by the likes of The Doors, Rolling Stones, Velvet Underground and Television. These were recorded live for Swedish National Radio at the Karen Club.

The last track at the end of side two is an extended version of Do It Clean recorded live in concert at the Royal Albert Hall in 1983.

This vinyl record is pressed at Record Industry and comes in a UV gloss ‘tip on’ Stoughton sleeve. These are all numbered and limited to on pressing (the run is 2987). Liner notes are by Will Sergeant. 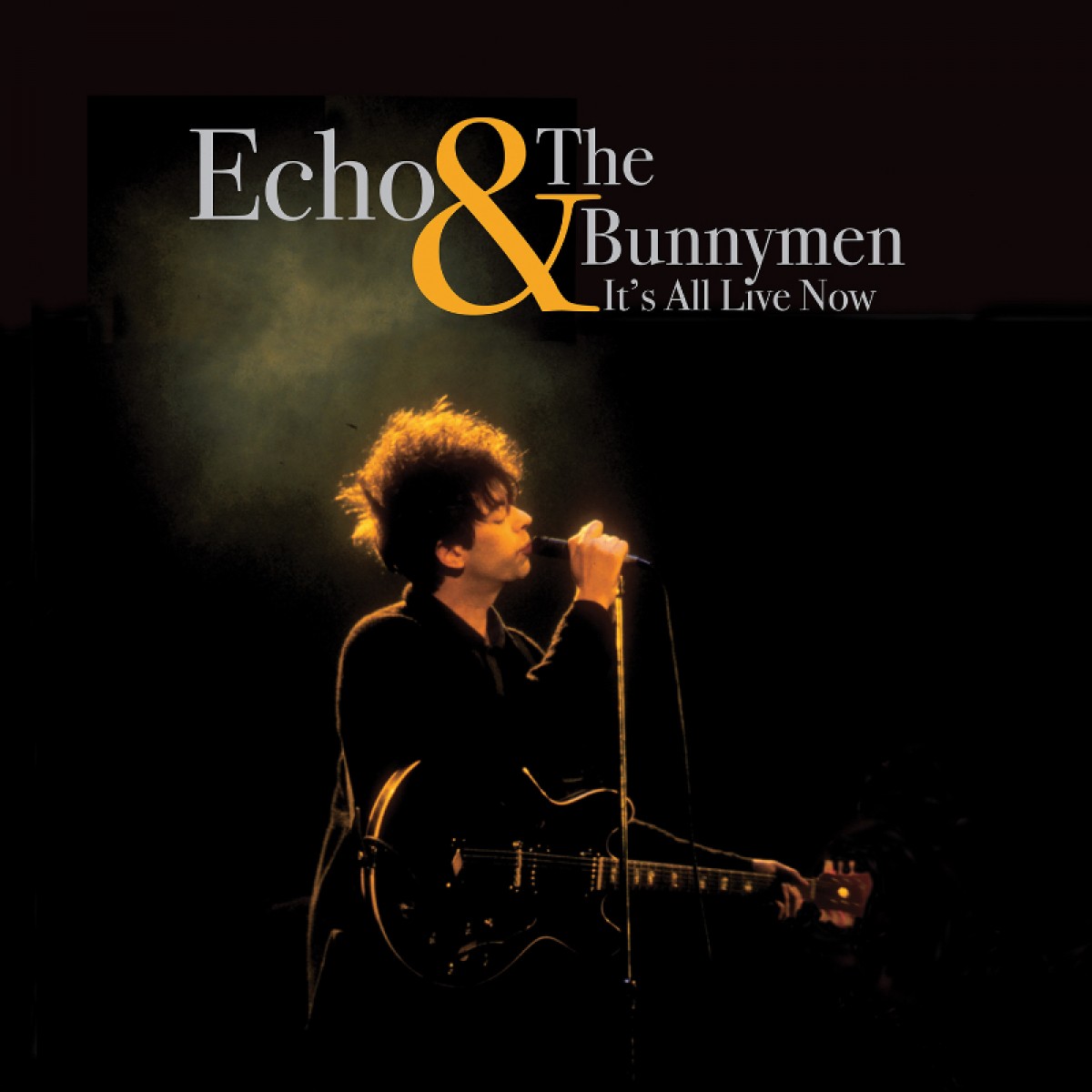 Echo and The Bunnymen

Its All Live Now [VINYL] 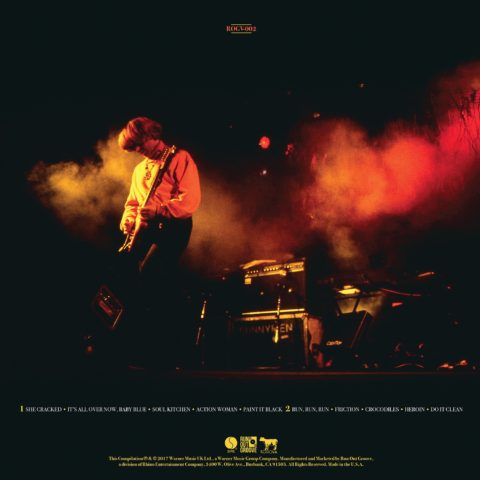 Can we also agree that ‘Run-Out Groove’ is a horrible “Look at us! We’re making the vinyls!” name for a record label.

this is an awesome release for vinyl fans of echo.

i wouldn’t mind getting it.. but will wait for the price to
come down, just like everything else.

i always wonder why people feel the need to get things
when they’re released.

I would love hindsight and to know exactly which items will be around for ages and some point down the line the prices will drop to less than 50%. Pink Floyd, maybe?

Then also the items that will go quickly and never be seen again until 200% of the original price such as Five years Vinyl edition.

The fear of missing out causes me to leap first, amazon take a bit of this fear away with the price promise, but not always.

My biggest regret is not getting The Hurting at a decent price….

Did you ever get The Hurting?

No, sadly not, it rarely comes up these days. I know one day I will buckle and pay through the nose, but not yet.

What is the source for the release? Are they using original tapes? Who is cutting it?

you guys win the internet!

Way too expensive ! Warner Bros. are out of their minds with that price.

Yes – Run, Run, Run, Paint It Black and Friction were on the 1988 release of the single.

Didn’t some of these tracks also appear in the People Are Strange single?

The issue here is as CJ says, quite a few people here could be labelled “Obsessive”, about certain acts and then there are levels of obsessiveness within that.

So they are definitely aiming for a particular market, admittedly £36 seems a lot but if you are only going to make a couple of thousand, high quality LPs there will be people who will buy it.

If they marketed 2-3000 copies of “Kate Bush – Live From Hammersmith (1979)”, for example, would I pay £36 for a good quality pressing? Oh yes and plenty more besides. I have about 6 various coloured bootlegs but I would still do it.

So get the right LPs by the right artists and it could work.

One of ythe issues I have with this release/price is tha it is issued by Warners, not a small “niche”or audiophile label that takes pride in quality releases and that has high overheads as a result. I reckon Warners could knock these out for a third of the price and stiul make a profit.

Apologies for typos. Written in haste!

Good point, a small sub-label of Warners. My guess is that the sub-label will have to turn some kind of profit or else it will get canned. Would Warners subsidize? Or do they have to turn a pound or two?

£36 is an odd kind of price point anyway….. It’s High Quality double LP territory at very best. It’s not just high, it’s very high. But there would be things I would be prepared to pay that for….

Thanks to the community here for all the background information. Happy to save my money for a better release in the future.

If ROG are going to regularly charge £36 for a single album, then I predict this will be a very shortlived campaign…

Used to follow the Bunnymen through the 70s, 80s and 90s and was excited about this when I first heard about it. However at £36 and having all the tracks on an 80s bootleg and the Crystal Days box its disappointing and I’ll give it a miss.

Have the Crystal Days box and wouldn’t touch this with a barge pole at that price.

Data was sourced from my physical copy of “Crystal Days” and an MP3 advance download of the 2017 “It’s All Live Now” release. Hoping this helps the Bunnymen faithful make an intelligent decision and agree another concert, different track listing, etc. would have been more appealing.

So, dead in the water then.

Each album is limited to the number of orders taken during the pre-order window, so it will vary.
In this case it’s 2987. It makes sense they would try to sell through Amazon as well as their own website, which probably isn’t well known.

If you voted for this album (there were 2 by other artists in the vote) you had the chance to have one reserved for you before it went on the website but there was no commitment to buy. When I got the email to say it had won, you could only get it directly from ROG in the U.S. and I worked out it would cost about £64 with having to pay shipping and VAT on top, so I declined, presumably like many others, hence them ending up on Amazon and other sites.

as i understand it it is strictly limited to 2100 copies which you had
to obtain from ROG RECORDS.How is it now available at amazon?

The ROG site has 10 tracks listed –

Got the box set , certainly wont be tempted by this at 36 quid , chancers. I paid that for the Brett Anderson solo Box set , much better VFM.

As a lifelong Bunnymen fan, this is very disappointing. I voted for this at the ROG website before the price was published but as David M says, this is all previously released stuff. At £20 I’d buy it but at £35+, I’ll give it a miss and stick with my 1985 ‘On Strike’ bootleg which this is based on – especially as it has more tracks on it.

Over £36 for a 9 track single vinyl? Are all ‘Run Out Groove’ releases going to be priced this highly? Despite these being individually numbered and on a limited run, I would say these are for the obsessive fanatics only!

Aren’t “obsessive fanatics” basically the core audience for this site? I don’t know anyone who gets as excited about a 19 disc Dead or Alive box set as I did. Or 13 discs of Erasure.

If being an obsessive fanatic is a bad thing, then I embrace being bad.

great, I love the band…but just wondering if anyone remember things like CDs and Blu-Rays

is this vinyl-wax cilinder fest going to stop?…and at that price!!!

CDs…!!! I sold all my CD albums last year and replaced them with vinyl copies.

This was all released on Crystal Days box set disc 4 about 20 years ago.