The NOW Yearbook series continues and returns to the 1980s for Now Yearbook 85.

If 1984 was the best year in pop, then this compilation reminds us that 1985 was almost as good, with post-Live Aid Queen opening in strident fashion with ‘One Vision’, newcomers a-ha almost reaching number one in the UK with ‘Take On Me’, and Tears For Fears deciding to ditch the bedsitter synth-pop, get the guitars out and go ‘global’ with ‘Shout’ and Everybody Wants To Rule The World’.

There’s a ludicrous number of MASSIVE songs here including Eurythmics‘ only UK chart-topper ‘There Must Be An Angel (Playing With My Heart)’, Phil Collins and Phil Bailey’s ‘Easy Lover’, The Power Station’s ‘Some Like It Hot’ (along with Arcadia’s ‘Election Day’!), Foreigner’s ‘I Want To Know What Love Is’, Go West’s ‘We Close Our Eyes’ and the title track from Frankie Goes To Hollywood’s debut (the only single not to get to number one in the UK from that album).

Frankie label-mates Art of Noise pop-up on CD 4 with ‘Close (to the Edit)’ and the same disc offers a hero’s welcome to Paul Hardcastle’s ’19’, sticks bananas up the tailpipe of Harold Faltermeyer’s classic ‘Axel F.’, sympathises with Colonel Abrahams’ predicament in the legendary ‘Trapped’, and says “I’m not sure” to The Smiths‘ questioning ‘How Soon Is Now’.

Sting’s excellent ‘If You Love Somebody Set Them Free’ is on here, although that wasn’t the big hit you might remember, while Midge Ure’s ‘If I Was’ did, of course, get to number one in Britain. There will surely be a full public enquiry into how Kate Bush’s ‘Running Up That Hill’ DOESN’T end up on a compilation celebrating 1985 (especially one that that is released in 2022). Yes, the meteorological #20 hit ‘Cloudbusting’ is included, but COME ON!?

Also where is Pet Shop Boys’ ‘West End Girls’? That’s another major omission but presumably the NOW team requested it and said ‘Please’, only to be refused. Disappointing.

There’s more from the ZTT ‘songbook’ courtesy of Propaganda’s ‘Duel’ on CD 3 along with songs from Howard Jones (‘Things Can Only Get Better’), Stephen Duffy’s hit (‘Kiss Me’), Nik Kershaw’s ‘Wide Boy’, Fine Young Cannibals’ ‘Johnny Come Home’ and King’s ‘Love and Pride’.

There’s loads more (79 tracks on the 4CD set) so check out the full track listings below. As usual the formats are: 4CD in posh hardcover book (limited), 3LP coloured vinyl (in this case, green vinyl and like the deluxe 4CD set, it’s limited) and standard 4CD edition (in the cheap card sleeve). 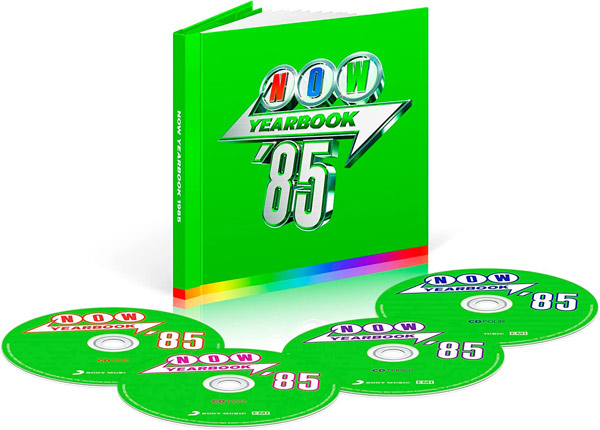 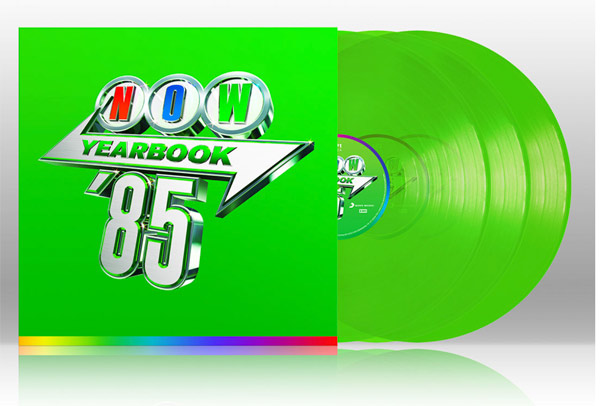 Now That’s What I Call Music 13

1988 compilation reissued as a 2CD set