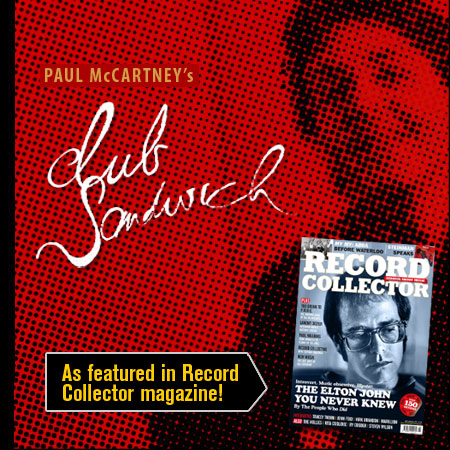 The SuperDeluxeEdition April Fool this year was the announcement of a fictitious Paul McCartney remix compilation called Dub Sandwich. It seems that the team at Record Collector magazine in the UK are fans of SDE, since they saw the article and have listed the remix-tastic set  as an official forthcoming release in the May issue of the magazine!

The few clues in the article, such as the release coming out on Chinese EMI imprint Xao Hasiti – ‘It’s A Hoax’ backwards – and the pre-order link taking you to a graphic which had APRIL FOOL in big capital letters, clearly went unnoticed by a sleepy staffer at the magazine (as did all the reader comments referencing the joke) and not only is Dub Sandwich listed with a 22 June release date, but there’s a large picture of Paul McCartney with the photo caption ‘Paul McCartney: Remixes’!

I’d like to thank RC mag for allowing us a hearty chuckle. I actually applied for a job there in the summer of 1989 but was rejected. Payback!!

Read the original SDE April Fool article and see Record Collector’s coverage below. The new issue with this Macca listing (on page 34) has Elton John on the front cover and comes out on Thurs 26 April. 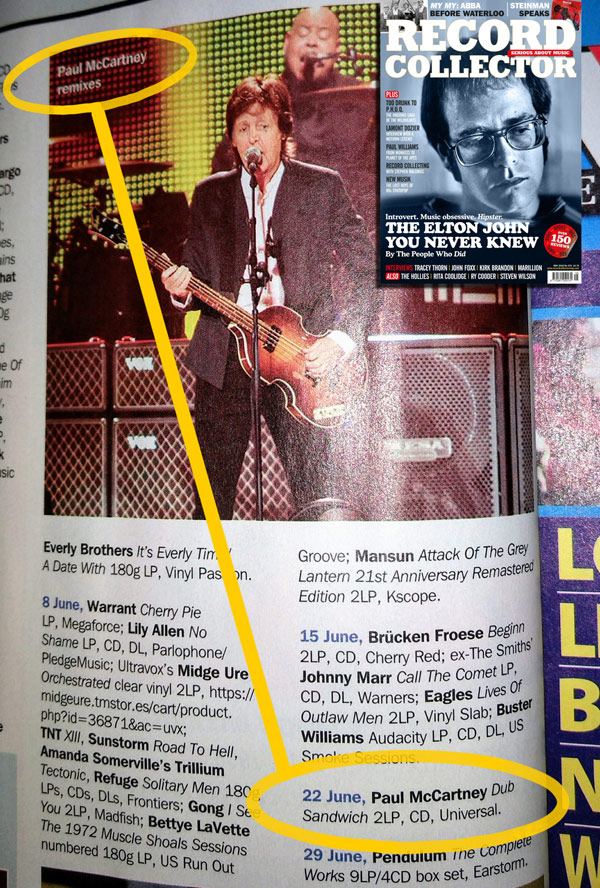