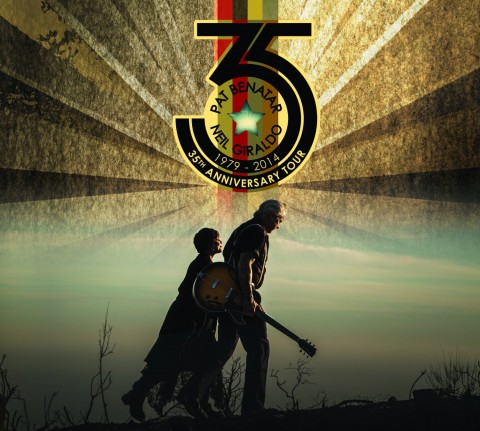 Pat Benatar and Neil Giraldo will celebrate their longstanding personal and professional relationship with a 35th anniversary American tour and a 2CD+DVD live package.

The tour kicks off in California tomorrow and this new live album is released at the end of the month. It’s actually available in three formats: a three-disc 2CD+DVD combo (packaged in a six-panel digipack), an audio-only two-CD set or you can pick up just the DVD. In the USA the three-disc set is actually cheaper than the two-disc version. Go figure.

The track selection contains all the hits and includes an eight-minute version of Love is a Battlefield.