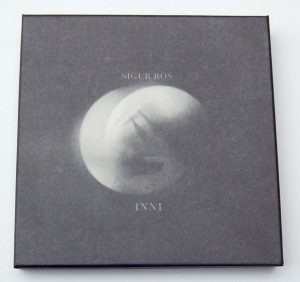 Inni is the first-ever Sigur Rós live album, taken from their performances at London’s Alexandra Palace, over two nights, at the end of the last tour in 2008.

As well as a 2CD audio release, this deluxe package includes a film of the gig by director Vincent Morisset – his aim, to capture the intimate, raw performances of the four musicians.

With a running time of 75 minutes, the film deliberately selects the darker end of the band’s material, while the live album (running to 105 minutes) has a broader selection, taken from all five Sigur Rós albums.

Inni Limited Special Edition can be ordered exclusively from the band’s website.