Their third album, Tiger Bay first came out in March 1994, and included the top toe-taps ‘Hug My Soul’, ‘Like A Motorway’ and ‘Pale Movie’, and was an attempt by the band to fuse folk music with electronic sounds. Self-produced by the band and engineered by long-time collaborator Ian Catt, the album also featured input from Underworld’s Rick Smith, orchestral arrangements by renowned composer David Whitaker (Serge Gainsbourg, Marianne Faithfull, Air) and vocal contributions from Shara Nelson and Stephen Duffy amongst others.

The new box set will be presented in a 12″ x 12″ lift-off lid box, consistent with the 2016 Foxbase Alpha super deluxe, and includes a 2LP vinyl version of the original album in gatefold sleeve cut at 45rpm, a 12-track vinyl compilation of rarities and demos entitled Tiger Bay – Remains of The Day, plus Tiger Bay – Tapestry, a 13-track CD album of ‘stripped-back’ versions and unreleased arrangements, taken from original master tapes and complied by Pete Wiggs. 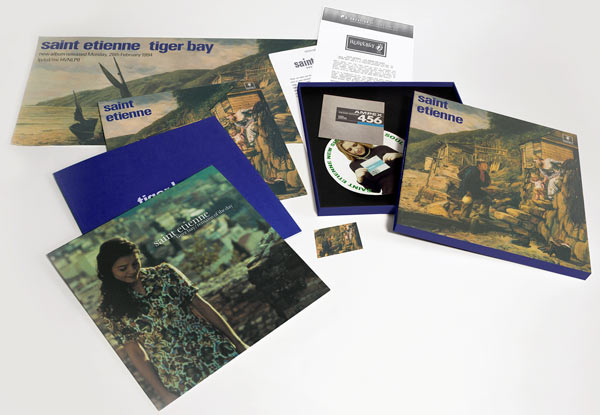 Additionally, this anniversary box includes a 28-page booklet featuring unseen photographs and an essay about the making of the album, a 12” x 24” reproduction of the original album poster, a Hug My Soul sticker and a reproduction of the original press release and biography from 1994. This also comes with a digital download card for all the music.

This Tiger Bay 25th anniversary box set will be released via Heavenly Recordings on 17 May 2019. Secure your signed box by pre-ordering from SDE using this link or the button below.