Second Hand News is back! After a few months off, please welcome the return of the feature that highlights interesting purchases SDE has found almost exclusively in charity or thrift shops. Everything below was picked recently for less than £3… 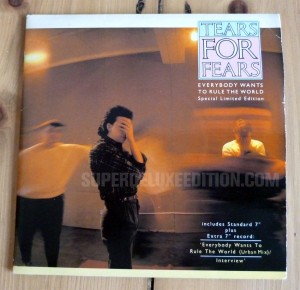 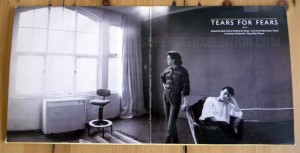 The darker Mothers Talk and Shout had preceded Everybody Wants To Rule The World as 45s from Tears For Fears‘ 1985 album Songs From The Big Chair, but it seemed inevitable that the most radio-friendly track on the album would be a single at some point.

This “special limited edition” seven-inch double pack was one of a multitude of formats which included two twelve-inches and a ten-inch single. The first record in this pack is the standard single (IDEA 9) with Pharaohs as the B-side. The second disc contains the ‘Urban Mix’ of EWTRTW, which was also on the remix twelve-inch (IDER 912). It’s an interesting reworking, including some (rather cheesy) brass elements (left off the standard version) and it all goes a bit frantic and ‘drum and bass’ for a few seconds mid song.

Unique to this double-pack is Interview with Curt and Roland, where for seven and a half minutes we hear excerpts from each track on the album and then a short explanation from Curt or Roland as to how it came about. It has to be said it’s not always particularly enlightening. Curt on Everybody Wants To Rule The World: “So I came in one day and they’d actually written this song around this beat – and it was very commercial – so they said here it is, your singing this. So I did!” 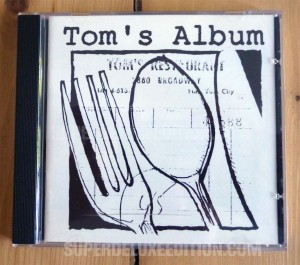 Surprisingly playable 13-track compilation of treatments of Suzanne Vega‘s 1987 single Tom’s Diner. Versions include the Gulf War inspired Waiting At The Border and an improvisational Tom’s ? performed by Bingo Hand Job,  which is actually R.E.M. and Billy Bragg messing around live at the Borderline in London. 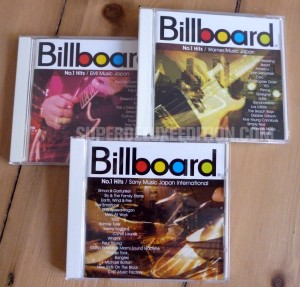 Three Japanese CDs compiling “Billboard No. 1 Hits“. Each CD represents a different label: Sony Music Japan, EMI Music Japan, Warner Music Japan. A look inside one of the booklets reveals there is a BMG CD too, but unfortunately that was not with these in the shop where they were found!

Given that these are collecting number one hits, it’s all very commercial and mainstream. The Warner set starts with Otis Redding and includes, Bread, America, Chic, Prince, Foreigner, A-ha, and Fine Young Cannibals. EMI: Paul McCartney and Wings, Blondie, Kim Carnes, Bowie, Duran Duran, Roxette etc. Sony: Simon & Garfunkel, Men at Work, Toto, Bonnie Tyler, Wham!, Paul Young and the like. The booklets are great, with lyrics to all the songs in English and Japanese. Haven’t listened to every track, but so far no surprises in terms of different mixes or versions. 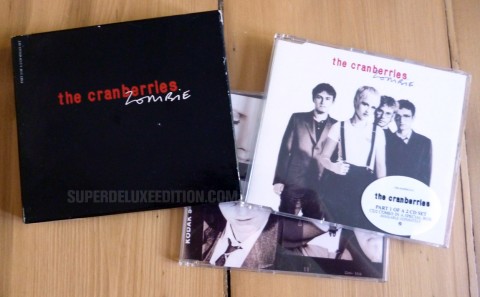 This Cranberries track was everywhere in September 1994. It starts fantastically and Stephen Street‘s production is excellent, although towards the end it does rather test your patience with Dolores O’Riordan’s wailing. These are the two CD singles released at the time complete with a sturdy slipcase. 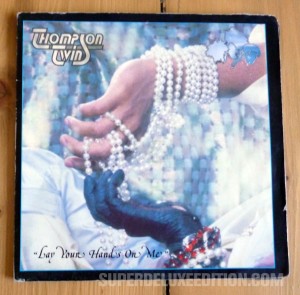 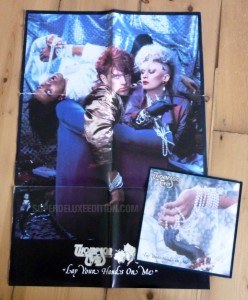 The first single from the Thompson Twins 1985 album Here’s To Future Days ended up being reworked by Nile Rodgers for the album, but this is the original Alex Sadkin and Tom Bailey production. The B-side is an instrumental version of the track called The Lewis Carol. This is the poster sleeve version, which handily includes a separate, standard seven-inch sleeve as well, so if you chose to the put the poster on your wall, you wouldn’t have a vinyl record without a sleeve. Good old Arista! 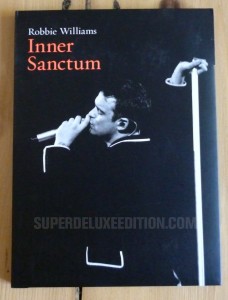 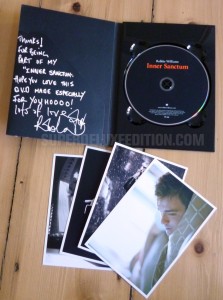 This Robbie Williams DVD was an exclusive given out to fans via his website back in 2007-ish. If you’re a fan there’s loads of good stuff on here with general larking around (The Man Olympics), Access All Areas (behind the scenes on tour) and live performances and videos. 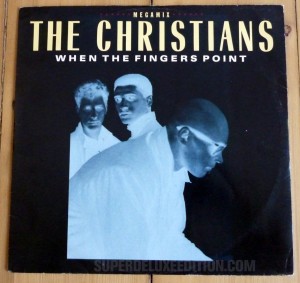 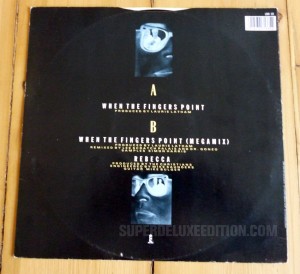 This is classic ’80s marketing gone mad. The sleeve of this Christians‘ twelve inch of When The Fingers Point (there were three 12-inch versions, naturally) boast a ‘Megamix’ which is nowhere to be found on the actual record. The A-side is a ‘Club Version’ – a fact only mentioned on the label, not the sleeve – and the B-side which, is supposed to contain the ‘Megamix’ of the single actually just plays the seven-inch version! The actual ‘Club’ remix appears to be unique and includes a sample of Clint Eastwood’s famous line “You’ve got to ask yourself one question: Do I feel lucky? Well, do ya, punk?” from Dirty Harry. Extended versions of Laurie Latham productions are always a pleasure, never a chore. 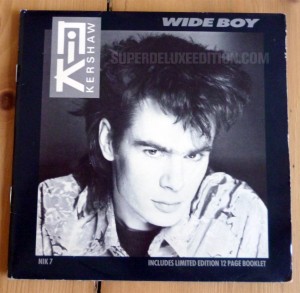 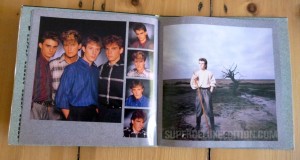 Gary Langan‘s seven-inch remix of Nik Kershaw‘s 1984 single Wide Boy. This gatefold version of The Riddle‘s lead single, with “limited edition 12 page booklet”, is in remarkably good condition and is full of period photos of Kershaw, including a rare shot of his actual band at the time (see photos). This single remix didn’t appear on the flawed Riddle deluxe from 2013. 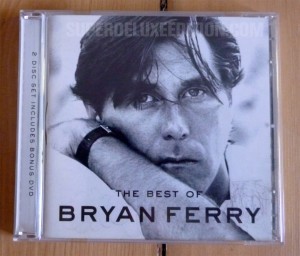 A Bryan Ferry compilation is hardly something to get too excited about, given how often they come out, but this 2009 Best Of collection was available as a limited edition with a bonus DVD. No less than 25 videos are present including TV performances (Smoke Gets In Your Eyes – The Twiggy Show, Goddess Of Love – Parkinson), some charming early promos (You Go To My Head) along with plenty of more glossy fare (Slave to Love, Don’t Stop The Dance, Kiss And Tell). This was a great find! 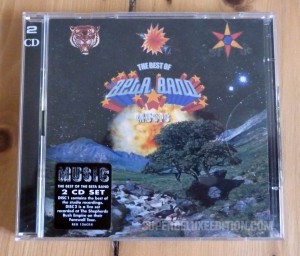 This two-CD version of the 2005 compilation contains a bonus CD with 13 tracks from The Beta Band‘s farewell tour performed at Shepherd’s Bush Empire.