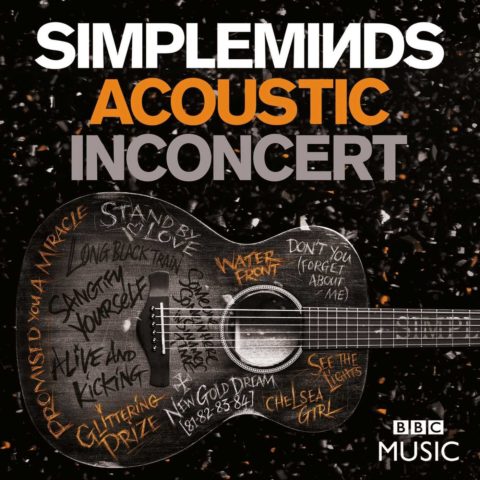 Eagle Rock will release Simple Minds‘ Acoustic in Concert this week, a live document of a special show the band recorded for BBC Radio 2’s In Concert series.

This live event happened on the eve of the release of the band’s Acoustic album and they perform almost the entire album of “reimagined acoustic versions” of classic songs from their catalogue, along with cover versions like Make Me Smile (Come Up And See Me) (when they were joined by Steve Harley).

Acoustic in Concert is being issued on 16 June 2017 as a CD+DVD combo (region 0, NTSC), or as a standalone blu-ray. Both feature 5.1 surround sound.