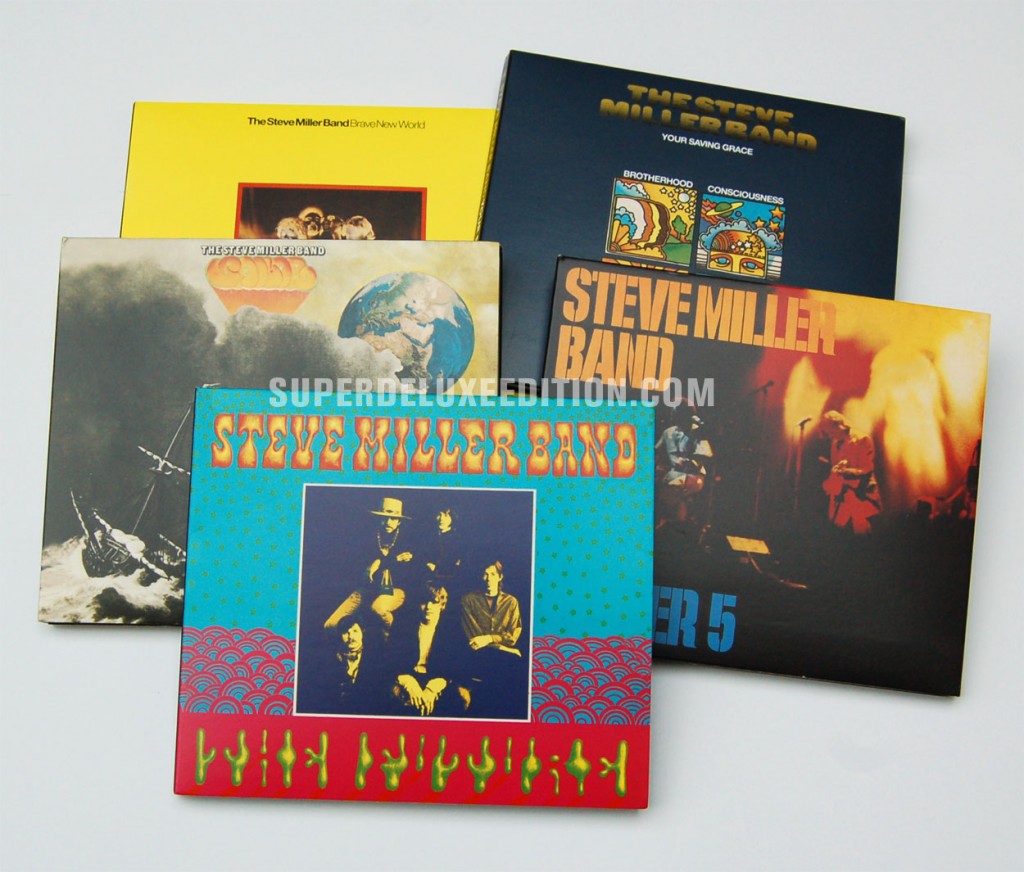 The Steve Miller Band have had their first five albums reissued recently by Edsel records. Children of the Future, Sailor, Brave New World, Your Saving Grace and Number 5 have all been remastered with the 1968 debut (Children of the Future) containing a bonus track in the form of Sittin’ In Circles.

Apart from this, everything else is a straight one-disc reissue with no bonus material, although the albums are very well presented in six panel card digi-paks utilising original artwork, and booklets with informative notes, complete with recollections of Steve Miller himself.

These albums were all reasonably successful in the US in particular, and Brave New World is known for Paul McCartney contributing bass, drums and vocals to closer, My Dark Hour (under the pseudonym Paul Ramon).

Number 5, the appropriately titled fifth album, was released in 1970 but the Steve Miller Band would find worldwide success a few years later with The Joker and then Fly Like An Eagle, as well as enjoying a massive hit single in the early eighties with Abracadabra.