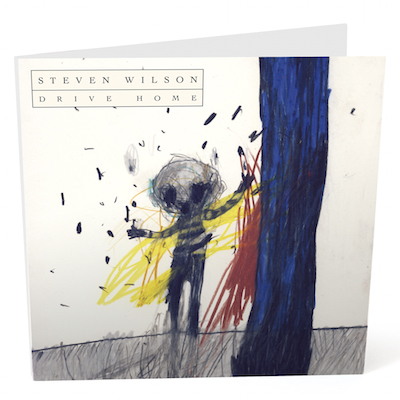 The Kscope label are for the first time putting out some budget reissues of selected titles with, they insist, “no compromise in packaging”. The pick of this initial batch is probably a 2016 CD/DVD edition of Steven Wilson‘s Drive Home…

Drive Home was an EP issued in late 2013 and in terms of SW chronology, its release sits between The Raven That Refused to Sing (issued in February of that same year) and 2015’s Hand.Cannot.Erase.

It’s very much a collection of ‘bits and bobs’ although that’s to do it a disservice since the DVD features a stunning video to Drive Home (see below) and for The The Raven That Refused To Sing (both directed by Jess Cope) as well as four tracks performed live at Frankfurt.

The DVD (NTSC, region free) also includes a couple of audio-only tracks, The Birthday Party (recorded at the same sessions as the tracks that made up the Raven album) and
The Raven That Refused To Sing (Orchestral Version). These are both in 5.1 surround sound and stereo (as are the videos).

These tracks are also featured on the companion CD, along with the audio from the live tracks and an edit of Drive Home.

The set is packaged in a mini-LP gatefold sleeve and priced at around the £8 mark, which is outstanding value. It will be released on 26 August along with other titles from artists on the same label, such as Ian Anderson‘s excellent Homo Erraticus and Anathema‘s Distant Satellites. This are available from the Burning Shed store and via links below.

Steven Wilson on the return of Porcupine Tree

“My natural inclination is to not be a team player”

Listen to Steven Wilson’s The Tastemaker