This set contains all six albums on vinyl picture disc and on CD, along with four further CDs of live material, a two-CD set of remixes, B-sides and rarities and a final CD of unreleased demos, outtakes and ‘oddities’.

That’s a 19-disc set made up of 13 CDs and six vinyl records; in fact, make that 14 discs since a seven-inch single with ‘Caught By The Fuzz’ / ‘Richard III’ 2020 remixes. The label (BMG) claim “over 6 hours of previously unreleased audio material”. 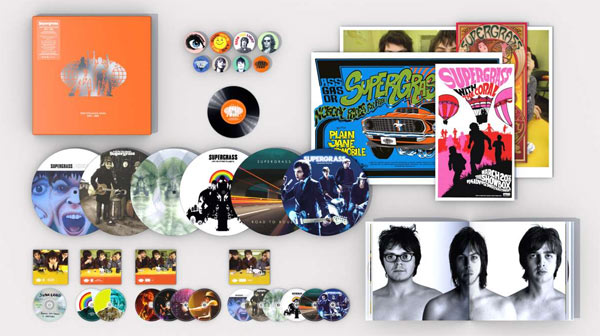 In the box with the discs are a 42-page large format book, four colour posters and six ‘Supergrass is 10’ button badges (perhaps sitting in a drawer for the last 15 years?!).

The label are selling these sets direct from the Supergrass shop with a signed photo for £150, although if you can do without the band scrawl there are savings to be made and as you can see below Amazon Germany have this for the equivalent of £126 at the time of writing, which is reduced further (no VAT) for those ordering outside the EU.

As well as the box set there’s a reverse-chronological 26-track, 2LP Strange Ones collection as well as a single CD edition (which is five tracks shorter, curiously). Both are compiled by the band. The Strange Ones - 2LP vinyl 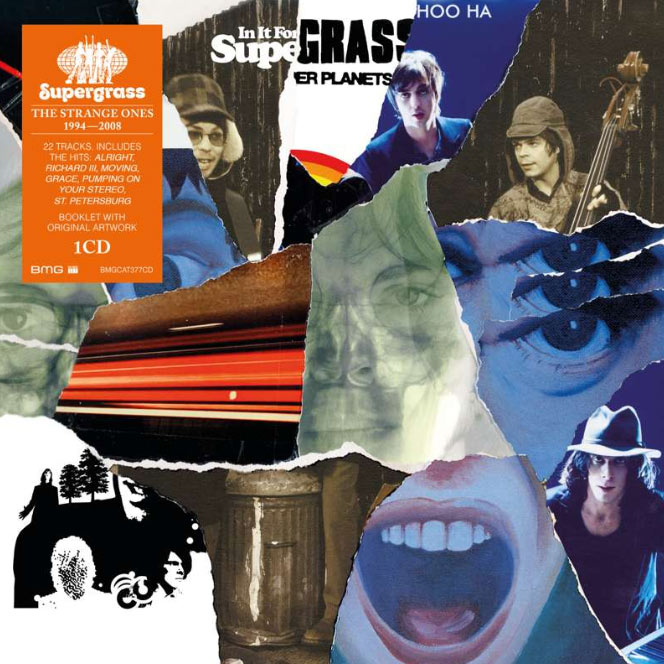 The Strange Ones - CD edition 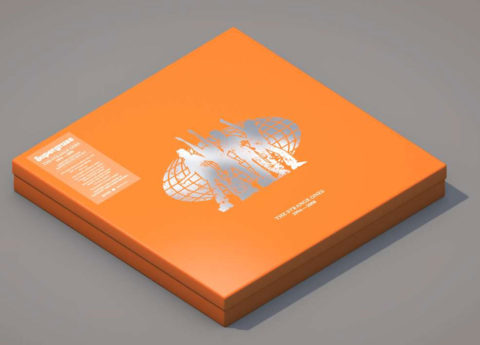 In the box set: 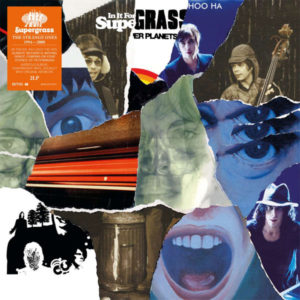 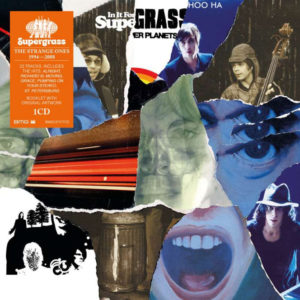