Demon Music will release an album collection box set from Alexander O’Neal in November 2013. This is the first of two artist specific Anthology box sets (The S.O.S. Band is due in March next year) with a multi-artist larger Tabu box also due in Spring 2013.

Since the Anthology boxes were first announced way back in February, there has been some confusion over the content. Would the boxes simply hold a set of the expanded reissues that were released individually during the year, or could we expect a straightforward set of album-only reissues in card sleeves (like those Original Album Series collections)?

Perhaps surprisingly, the sets are neither of those things. The Alexander O’Neal Anthology box is an eight CD box set that does indeed include all six albums without bonus tracks (Alexander O’Neal to Love Makes No Sense) but it also comes with two additional bonus CDs, one that collects seven-inch edits and one containing 12-inch mixes. The bonus CDs include some tracks not included with the individual reissues.

Even better, these new sets contains brand new remasters of the albums and bonus tracks. Yes, different to the individual releases that are less than a year old.

“On all these Tabu box sets, what we actually did was we gathered all the masters that were available, so even if something had been issued on CD three or four times before, and literally did a comparison” Demon Product Manager Ian Dewhirst told us. He added, “We used A.R. Digital Mastering in Holland who are particularly good at this kind of work”.

Fans had previously voiced some criticism when so-called ‘vinyl rips’ (where the audio is taken from an original vinyl, rather than a master tape) were discovered amongst some of the bonus offerings on the individual Tabu deluxe reissues. Rather than simply replicate those remasters, it seems that Demon have gone the extra mile to try improve the audio for these new boxes.

The Alexander O’Neal Anthology comes packaged in a sturdy bespoke box and includes a comprehensive 40-page book containing an intro from Ralph Tee and sleeve notes courtesy of A. Scott Galloway and Christian John Wikane.

Demon will release an S.O.S. Band Anthology in March next year, along with a multi-disc Tabu Box Set. Like Alexander O’Neal, both will feature all new remasters.

The Alexander O’Neal Anthology is released on 18 November and full track listing can be found below. 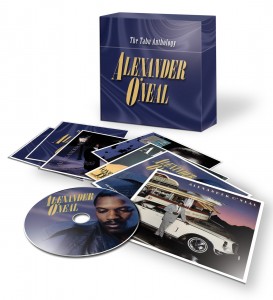 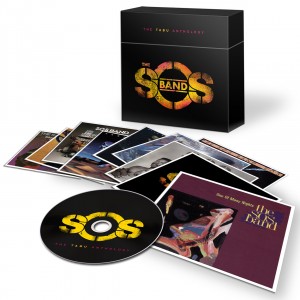 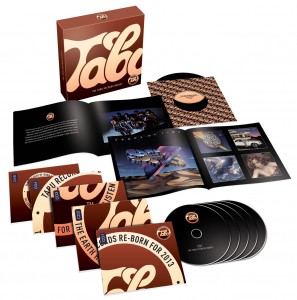 CD3 All Mixed Up

CD4 My Gift To You