Forty-one novels in the Discworld series were written in which a flat planet balanced on the backs of four elephants, which in turn stand on the back of a giant turtle.

Vinyl Discworld has been produced by Demon Records, who in recent times have put together the acclaimed Hitchhiker’s Guide To The Galaxy vinyl packages as well as Good Omens, Pratchett’s collaboration with Neil Gaiman, memorably adapted for TV on Amazon Prime. 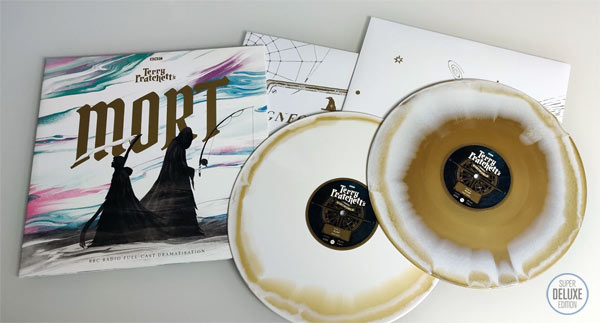 The records are ‘Discwirl’ coloured vinyl (click image to enlarge)

This new set includes 15 vinyl records pressed on colourful ‘Discswirl’ vinyl. Each of the seven gatefold albums is beautifully illustrated and feature specially commissioned sleeve notes by Stephen Briggs (author of The Discworld Companion book) along with full cast and credits. Also included within the artwork is a recreation of the Discworld map created across the 15 printed inner bags.

The stories here are ‘Mort’, ‘Wyrd Sisters’, ‘Guards! Guards!’, ‘Eric’, ‘Small Gods’, ‘Night Watch’ and ‘Only You Can Save Mankind’ (which is actually a bonus non-Discworld story). Two of the records have themed etchings on one side. These are strictly limited to just 500 units!

Terry Pratchet’s Vinyl Discworld will be released on 29 November 2019. 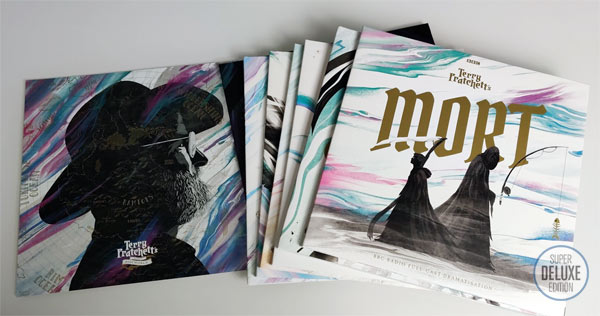 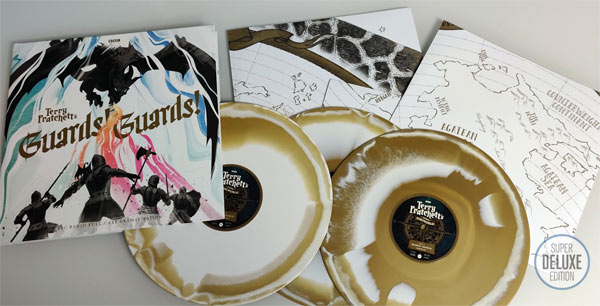 Only You Can Save Mankind