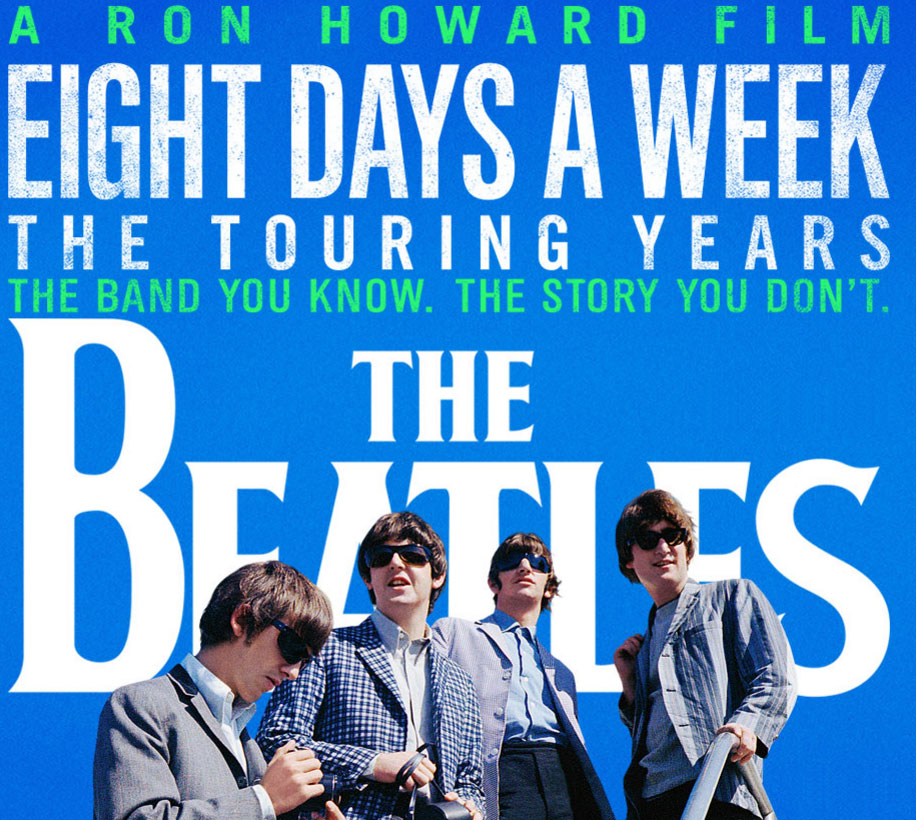 Ron Howard’s much anticipated (and authorised) Beatles film, The Beatles: Eight Days A Week – The Touring Years, will be released theatrically in September, it has been announced.

The film is based on the early part of The Beatles’ career (1962-1966) when they toured and therefore starts right back at the beginning in the Cavern Club era in Liverpool and goes right up to the band’s famous last concert in Candlestick Park in San Francisco in 1966. The film will feature ‘rare and exclusive’ footage, and includes new interviews with Paul and Ringo (separately). It has been produced with the full cooperation of Paul McCartney, Ringo Starr, Yoko Ono Lennon and Olivia Harrison.

There will be a world premiere in London on 15th September, and the film will be officially released the next day in America. It will then roll out theatrically worldwide with release dates set in Japan (September 22nd), Australia and New Zealand (September 16th) and UK, France and Germany (15th September). Watch the trailer below