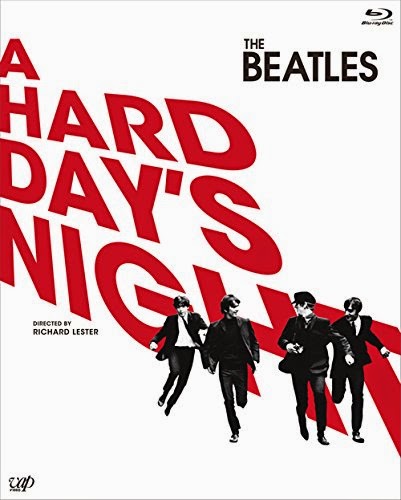 As reported by Roger Stormo’s excellent Beatles blog, there is yet another variation of the 50th Anniversary blu-ray of The Beatles’ A Hard Day’s Night, this time a Japanese edition.

There are two blu-ray versions, a limited edition and a standard edition. What you can see above is the rather groovy cover of the limited edition which is around 6,800 Yen (£40 or $68). The more expensive option comes with a bonus disc which repeats most of the features on the other global editions. The standard blu-ray (to the left) just has the one disc and comes with less bonus features (although it does feature the commentary).

Fans may also be interested to know that the previously hideous UK blu-ray cover has now been changed to something very nice indeed.

European buyers beware: the Japanese blu-ray will be region-coded A (America/South East Asia etc.) and is not released until 20 August 2014.