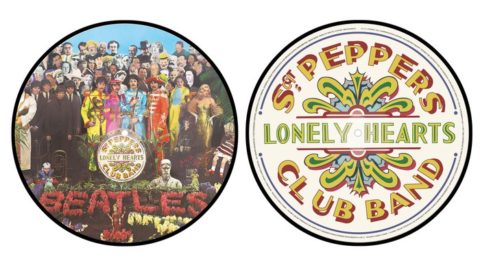 The landmark album was of course reissued earlier this year and one of the priorities was to ‘sort out’ the stereo mix. This is because original mono mix of Sgt. Pepper has long been considered the superior – and most authentic – version of the album. The Fab Four were there for most of the mono mixing, influencing decisions and giving the nod of approval. Time and effort was spent getting these right back in the day, while the stereo mixes tended to be done quickly, without the band and, to put it mildly, often lacked subtlety, with vocals panned to one channel and instrumentation to the other.

With that in mind, Giles Martin’s goals were clear, when it came to creating a new stereo mix for this landmark album. Describing the approach in April this year, from Abbey Road Studios, the fifth Beatle‘s son said “Our intention was to make a stereo of the mono. I worked with my dad since I was 15, so I know what he would have thought and I know the band well, so you just kind of respect what they think.”

The new stereo mix has been widely praised and this version will appear on the new picture disc. A single black vinyl LP will also be available.

This new picture disc will be released on 15 December 2017. As mentioned elsewhere on SDE a coloured vinyl box set of The Beatles’ Christmas Records is also being released at on the same day.