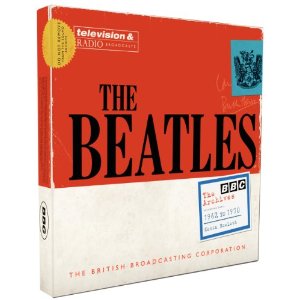 This autumn is going to be a busy (and expensive) period for fans of The Beatles. The Mono Vinyl Box Set is expected, a year after the stereo set, and we know that the first part of All These Years – Mark Lewisohn’s long awaited Beatles biography – is due for release in October.

Another tome which is making the most of the 50th Anniversary celebrations is The BBC Archives 1962-1970. This book is a collection of the surviving transcripts of the Beatles’ appearances on BBC Radio and Television from 1962 to 1970, featuring commentary from author and Beatles expert Kevin Howlett, alongside rare photographs and memorabilia from the BBC.

The large hardcover book will feature previously unpublished transcripts of interviews, as well as personal reminiscences from presenters, producers, and studio staff to reveal the creative and personal evolution of the band.