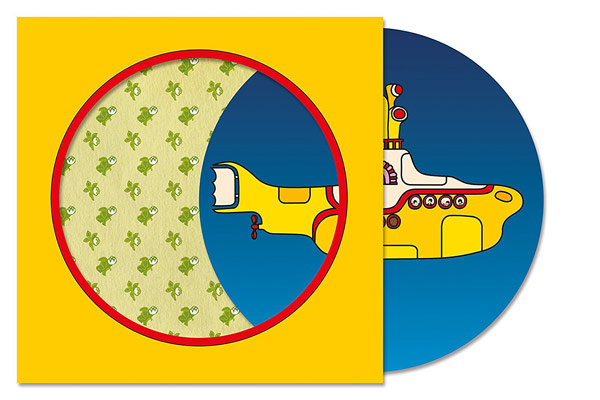 This celebrates the anniversary of the release of the original animated film which is 50 years old this year and is returning to the big screen for a special ‘one-day cinema event’ on 8 July.

The actual single is almost 52 years old and was issued in August 1966 as the follow up to Paperback Writer. It reached number one in the UK and most other territories, although interestingly it ‘only’ peaked at number two in the USA. 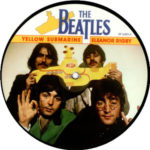 The B-side, Eleanor Rigby, also features memorably in the Yellow Submarine film and both songs feature on The Beatles’ seventh album, Revolver, which was released around the same time as the original single

In fact, as many of you will be aware, there has already been a picture disc of this single (see image to the right) issued in 1986 when EMI were roughly half way through their 20th anniversary edition picture disc campaign!

This new seven-inch vinyl picture disc comes in a die-cut sleeve and will be released on Friday 6 July, two days before the film is shown in cinemas around the world. 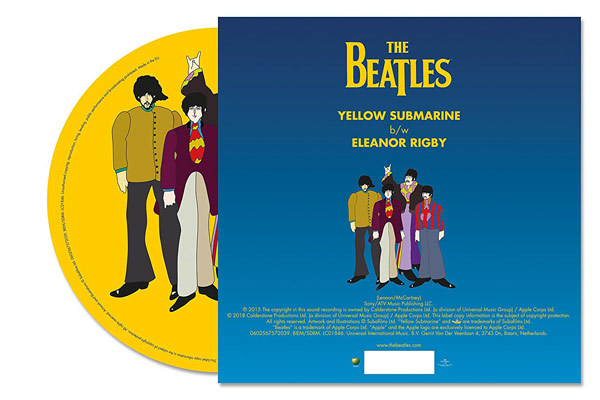 Side A – Yellow Submarine
Side B – Eleanor Rigby