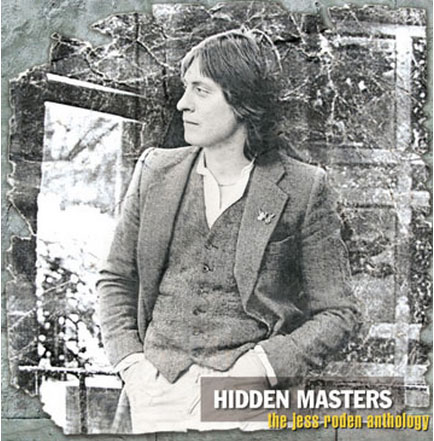 Fans of 1970s-era British rock music will be delighted to hear that an expansive, career-spanning box set of music from Jess Roden is being released as a limited edition six-CD special edition, presented in a 12-inch hard back book format.

Roden had a distinguished music career through the late ’60s and 1970s, working with some of the very best musicians of the era (on a variety of different projects and bands)  including Allen Toussaint, Steve Winwood, Robbie Kreiger, John Densmore, and Elliot Randall. This project has been three years in development, and has been something of a labour of love for Neil Storey – founder of Hidden Masters, the music archive curation service that is putting this set out as its debut release.

Neil has worked with Jess himself to compile 94 tracks that chronicle Roden’s entire career – from early days fronting The Alan Bown! through his Island Records’ years and, post-Island via Seven Windows and The Humans.

Over half of the tracks on The Anthology are unreleased – it includes never-before-heard demos, alternative mixes, long-thought-lost masters, completed but discarded tracks, alternate takes as well as a wealth of live recordings. All of the selections have been re-mastered in the UK and US from the original 1⁄4”, 1” or 2” analog tapes – the vast majority of which had never before even been digitised.

Jess Roden himself commented, “Like many musicians who are no longer active, I’ve long wondered just what might have survived within the archives. Me and my bands recorded so much back in the day but one also hears these terrible tales of multi-tracks being thrown out and ending up in skips. Neil’s unearthed stuff I couldn’t recall writing let alone recording… and, I have to say… I’m really rather glad he has.”

Detailed track listings for five of the CDs can be found at Jess Roden’s website.

Just 950 hand-numbered copies of this six-disc set will be released exclusively through PledgeMusic and are available for pre-order now.