The Pixies’ triumphant live shows at Brixton Academy in 2004, which ended an 11-year hiatus, are to be released as Live in Brixton early next year and will be available as large format 8CD and 8LP coloured vinyl box sets.

Over the course of the four sold-out shows the band played almost all of the big hitters and fan favourites from the Doolittle and Surfer Rosa; key songs and obscurities from the rest of their catalogue; and covers in the shape of Neil Young’s Winterlong, Peter Ivers’ ‘In Heaven’ (from the David Lynch film Eraserhead) and The Jesus and Mary Chain’s ‘Head On’. Each of the four set lists was pretty different.

The audio has been newly mastered by Phil Kinrade at Alchemy Mastering. The vinyl box set is spread across eight 180g LPs with each show split between two translucent coloured records. June 2nd is red, June 3rd is orange, June 5th is green, and June 6th is blue.

There is also a second version of the vinyl box set for independent retailers. The only difference here is that the records are clear vinyl with colour ‘splattered’ on them.

The 8CD box set again uses the same colours for each night, with each show spread over two CDs. It will be packaged within a large format deluxe casebound book, with similar artwork to the two vinyl versions.

All formats include a 24-page booklet which includes photos and memories and paraphernalia from fans who attended the shows. To top it all off, the packages are completed by a 68 x 48 cm fold-out poster which features the new Live In Brixton box set artwork. 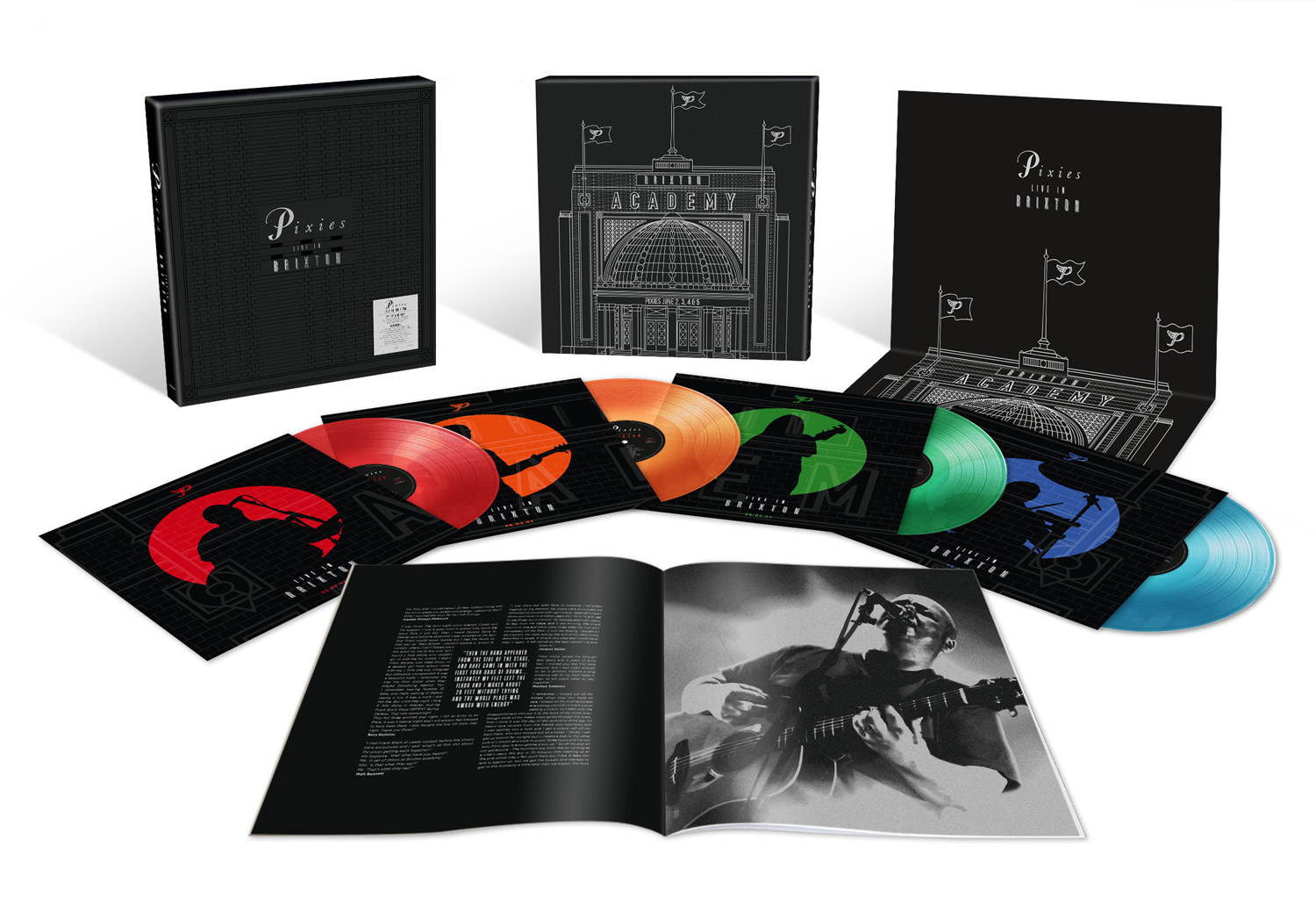 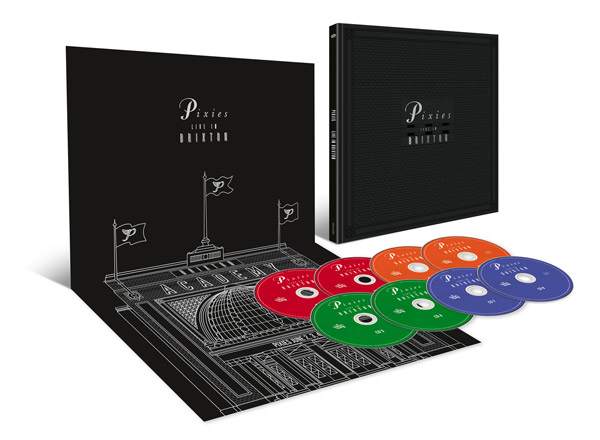