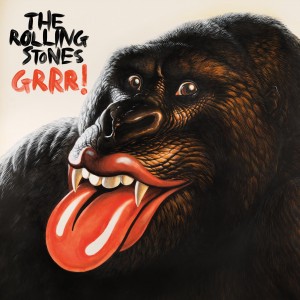 Whilst the expensive Super Deluxe Edition box set version of The Rolling Stones’ GRRR! hits compilation was horrible, the band have recently put out a Blu-ray audio edition which dispenses with the giant boxes and useless books, and concentrates on the important stuff, like the music.

The blu-ray offers the 50-track version of the compilation as used on the three-CD editions.

There is no video at all – this is an audio-only release – but the music is offered in three different audio formats:

All of those represent lossless hi-res audio and although the “2.0” indicates just stereo and no surround sound, the blu-ray can be bought for less than the price of the three-CD version on amazon.co.uk at the time of writing (£11.20) – that’s only about a pound more than the 2CD version!

If sound quality is your main priority, rather than gimmicks and packaging, and you have the appropriate set-up at home, this could be well worth picking up.