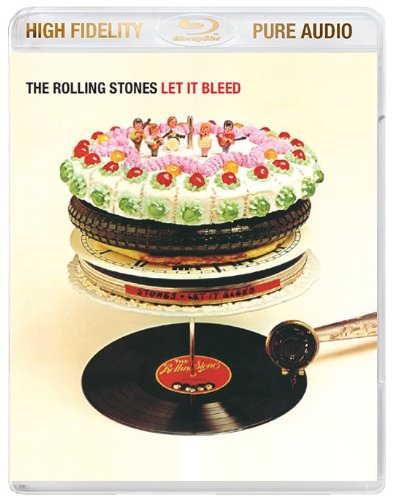 The high resolution blu-ray audio of The Rolling Stones‘ Let It Bleed will be issued on 24 February 2014.

The 1969 album will be the third Rolling Stones release to get the Pure Audio treatment after the GRRR! release in late 2012 kicked off the format and Exile On Main Street arrived in the latter part of 2013.

The album was a critical and commercial success, knocking The Beatles‘ Abbey Road off the top spot (in the UK) and was the last record to feature Brian Jones. Well known tracks include Midnight Rambler, You Can’t Always Get What You Want, and Gimme Shelter.