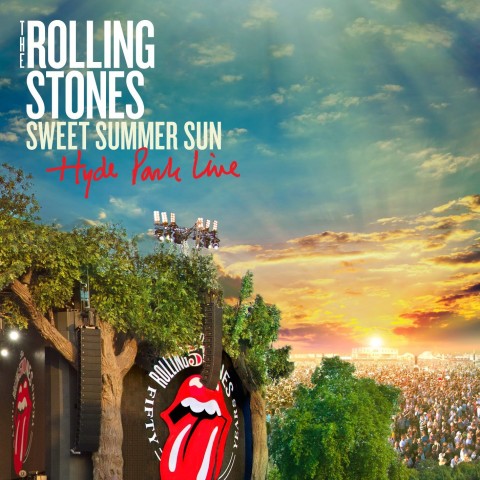 Just as it seemed as if the number of formats of The Rolling Stones’ Sweet Summer Sun Hyde Park Live release couldn’t get any more confusing, it just has.

We outlined the five different purchasing options earlier this month, but now feel the need to update you with the latest choices open to you.

Amazon UK haven’t really got their act together with this release, and for a long time didn’t include the top-of-the-range ‘deluxe’ edition which consists of 2CD+DVD+Blu-ray and a book. However, for a few days last week they DID introduce this option (around £30) only for it to disappear soon after. Those of you in Europe can pick it up from Amazon in Germany.

Despite this omission, the Amazon UK have recently added what amounts to a sixth option, which is a standalone DVD edition (NTSC) with exclusive T-Shirt (any size you want as long as it’s large).

Japan have decided that the standard deluxe edition isn’t deluxe enough, and have their own special version which is 3LP+DVD+Blu-ray+2CD. There are only 1000 of these sets being manufactured in Japan and they seem to come with some bonus video content. More information here.

So we make that seven different editions so far. Let us know if you discover any more.