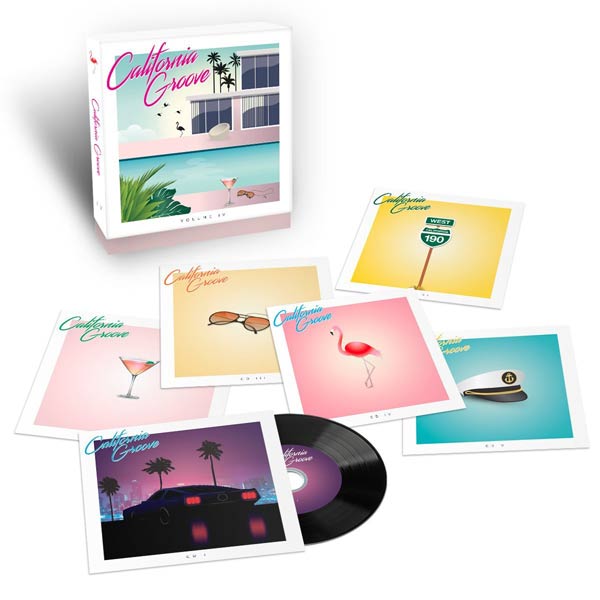 Warner Music in France have so far issued three volumes of their California Groove series, multi-disc various artist sets that celebrate Californian music. Seven years after the release of the last volume comes Californian Groove IV the biggest and most extravagant release to date.

Not only that, the label promise some previously unreleased titles, demos and rare remixes amongst the 116 tracks. These include four Bill La Bounty demos that were previously only issued in the now out-of-print Time Starts Now box, a series of small instrumental pieces created specifically for this project by Geyster (as well as a new track) and some rare Joey Negro mixes.

I’m loving the look of the artwork and these six discs will have their own ‘vinyl replica’ style card sleeve style and its own detailed booklet. These come in what looks like a clamshell box.

California Groove Volume IV is primarily available in French retailers like Amazon FR and FNAC, although you might see it available elsewhere as an import.