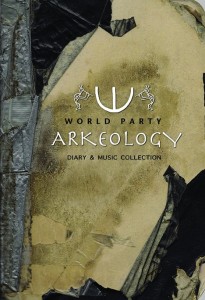 Track listings have not yet been revealed, but a message at worldparty.net reveals that the content will be a mix of new songs, live tracks and cover versions. Hopefully we might also see some rarities, outtakes and alternates in the mix too.

Subtitled a ‘Diary & Music Collection’, Arkeology will also include extensive photos, liner notes and “The Amazing Any-Year Diary”, whatever that may be!

This release continues the ancient Egyptian theme started with 1997’s Egyptology. Since that record, the band have released only one studio album, Dumbing Up from 2000. After a lengthy recovery from an aneurysm, Wallinger took World Party on the road again in the US and in 2007 released the Best In Show the US-only greatest hits compilation.

10 April is the slated release date as things stand. More information when we have it.

World Party to play the Royal Albert Hall in November