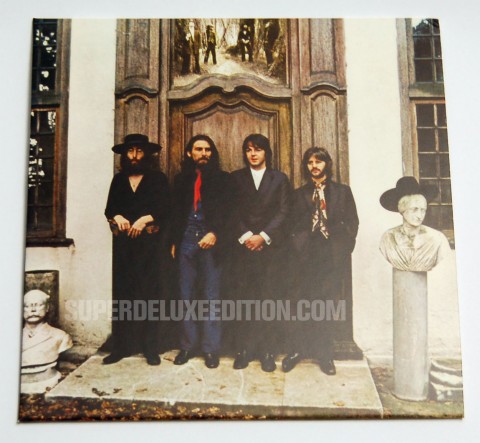 Following on from our exclusive photos of The Beatles US Albums box set, we are working our way through the individual albums to show you exclusive pictures of the real CD reissue packaging. Today we present the US Album Hey Jude.

Released in early 1970 as something of a stop-gap between Abbey Road and the delayed Let It Be, Hey Jude (originally called The Beatles Again) was conceived by manager Allen Klein and Apple as a kind of Quid Pro Quo for Capitol agreeing to new royalty rates. The idea was to include songs that – for whatever reason – had not appeared on any Capitol album. Can’t Buy Me Love and I Should Have Known Better were included although they had been on the United Artists release A Hard Day’s Night. The rest is a series of A and B-sides including Paperback Writer/Rain,  Hey Jude/Revolution, The Ballad Of John And Yoko/Old Brown Shoe and Don’t Let Me Down. The front cover of the band looking like they can’t wait to call it a day, was officially the last Beatles photo session at John’s house, Tittenhurst Park.

Unlike most of The US Albums the CD reissue of Hey Jude only contains a stereo version of the original record, since a mono version was never originally released. It is available separately or as part of the US Albums box set and will be issued on 20 January 2014.

NB: Photos below are of early pre-production packaging.