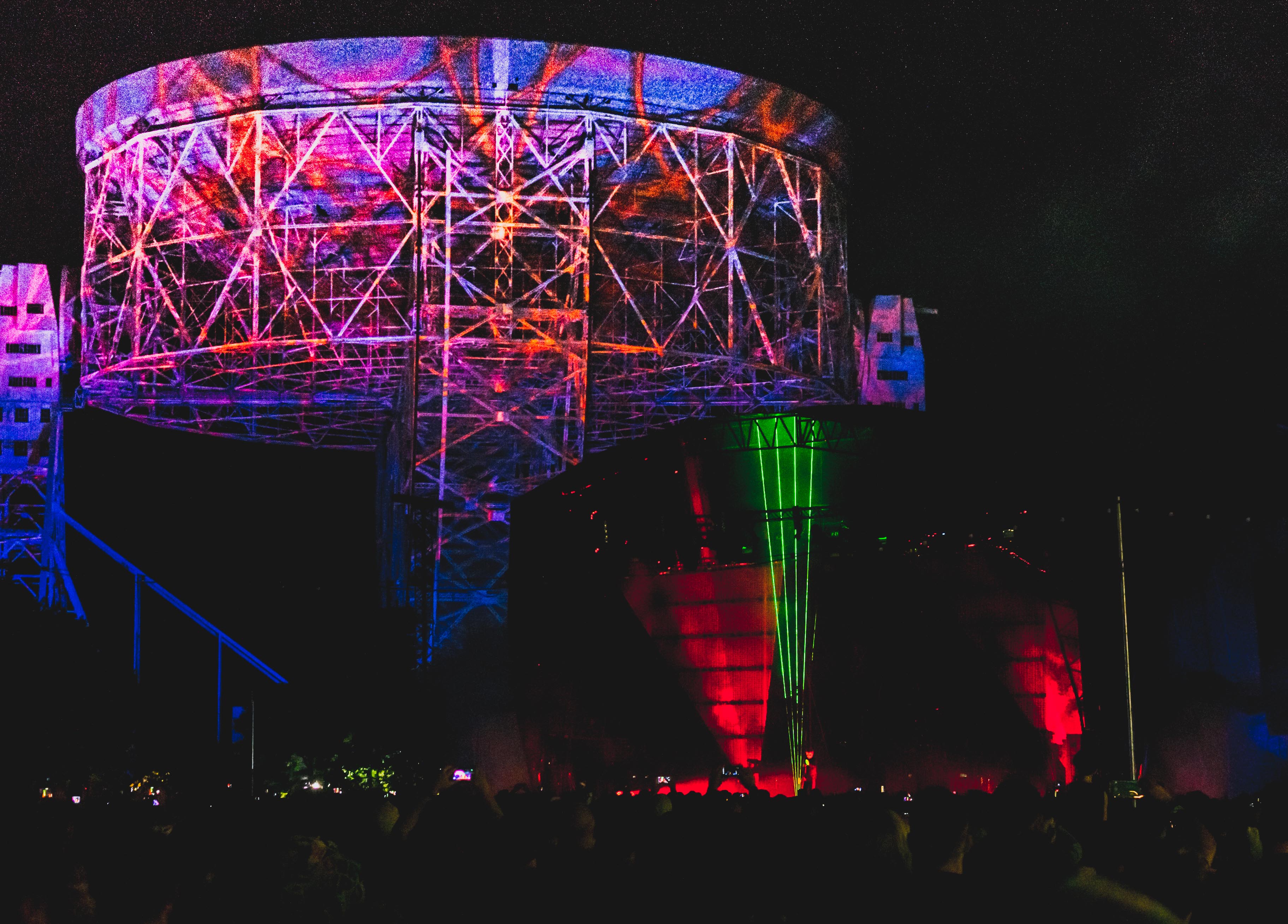 Described as “an intergalactic festival of music, science, arts, culture and the exploration of space” by the organisers – the BlueDot Festival is at the Jodrell Bank Observatory in Cheshire and it lasted for three days.

The line-up featured a wealth of talented artists, including the similarly electronic (and similarly French) band Air and Beth Orton (not French).

Jarre played on the spectacular Lovell Stage, situated in the shadow of the mighty Lovell telescope, and as can be seen from these pictures by Raph Pour-Hashemi, it looked like an amazing evening’s entertainment (scroll down for more photos below).

Great singer, great songs, but too many acoustic guitars