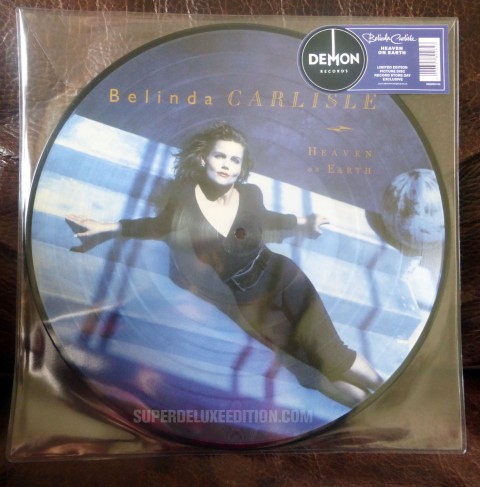 More Record Store Day goodies on show today, as SDE checks out what Demon Music have in store for those queuing early on 18 April for some limited edition vinyl. The label have a great range of items to suit most tastes and budgets including (pictured below) Suede, Ian Dury, Belinda Carlisle and The Beat.

Belinda Carlisle‘s second album Heaven on Earth is issued as a rather spiffing picture disc (1000 copies only), with the cover image pin-sharp, while Ian Dury‘s timeless New Boots and Panties!! is brilliant, offering a gatefold sleeve, two coloured vinyl records (one containing all the demos) and best of all a ‘pop up’ Dury and his little mate when you open the sleeve. This is limited to 1500 copies.

Record Store Day isn’t Record Store Day without at least one seven-inch box set and Demon duly oblige with The Beat Seven Inch Singles Collection. 13 (count ’em) seven inch singles in this set and you even get a 16-page booklet thrown in for good measure.

Good luck on Saturday, for those getting up early for some record buying!