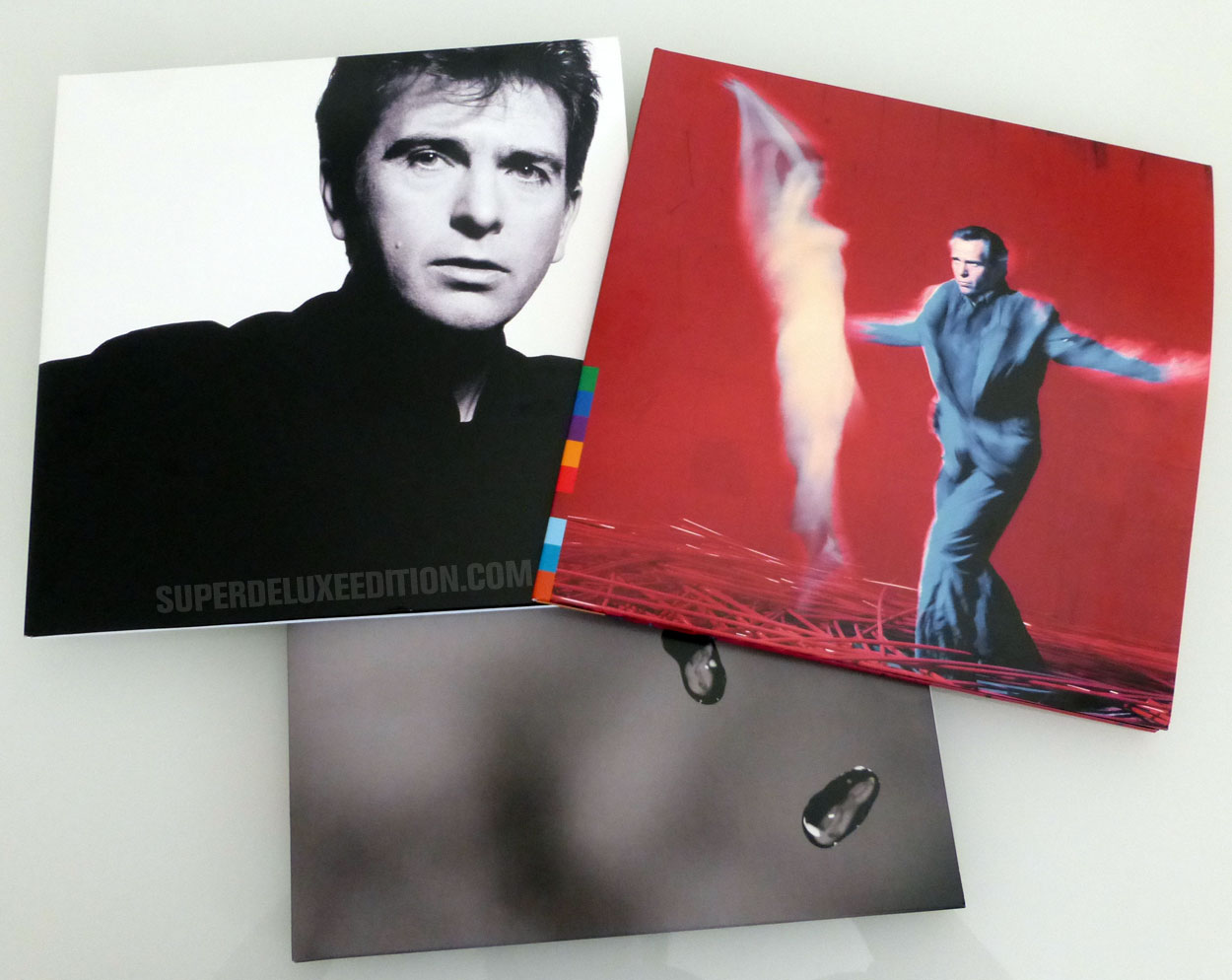 Peter Gabriel‘s 1986 album So is 30 years old this year, but it’s not afforded any kind of deluxe reissue, presumably because Gabriel thinks he got that job done back in 2012. That set, as any longtime SDE reader will be all too aware, was more than a little flawed and it’s still extremely frustrating that all those B-sides, remixes and a 5.1 mix (which apparently exists) have not yet surfaced on a So celebratory release.

No matter, So has just been reissued, this time as a part of a trio of 45RPM double (and triple) half-speed mastered vinyl pressings, that include 1992’s Us and 20o2’s Up, PG’s last song-based studio album.

All of these sets are numbered and include hi-res download cards. If you bought the pre-order bundle from Gabriel’s website (no longer available), these were remarkably affordable, but even if you didn’t, they are not unreasonably priced.

Each album is a gatefold, and I don’t think I ever get bored of looking at Peter Saville and Brett Wicken’s design for So. The lyrics and credits are on the inside gatefold panels and front and back are as you’d expect. Of the three, So is actually the only double with Us and Up requiring not quite six sides, but five sides of vinyl for the running time at 45RPM (the sixth sides are etched). The records all come in poly-lined sleeves (except for Us, which has printed sleeves for lyrics and artwork) and for the most part, you don’t get more than two tracks per side of vinyl. 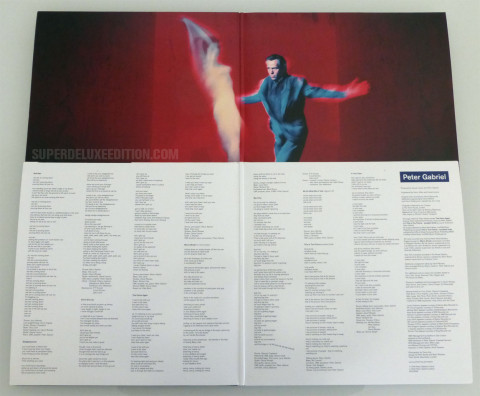 This 45RPM, multi-disc format has quite an impact on the listening experience. You are up and down to the turntable like a yo-yo, which is annoying or ‘involving’ depending on which way you want to look at it. Listening to the albums feels a lot less linear than a CD or even a standard vinyl album. The running orders of Us and Up aren’t etched in my brain in the way So is, so when a ‘side’ finishes you find yourself picking up records, flipping them over and trying to work out ‘what’s next?’. Not a critcism as such, but you do have to put the work in!

The format also exposes strengths and weaknesses. So is ludicrously strong with its pairings of Red Rain/Sledgehammer, Don’t Give Up/That Voice Again and Mercy Street/Big Time, but side four doesn’t really work, if I’m honest. The three tracks on the last side are We Do What We’re Told milgram’s 37, This Is The Picture and In Your Eyes. In truth, it’s not really the fault of the format, but more to do with Gabriel’s decision to re-order the album many years ago and put In Your Eyes at the end. I’m sorry, but In Your Eyes just worked SO (no pun intended) much better at the beginning of side two.

We Do What We’re Told was brilliant as an evocative low key album closer and was a respite, in a way, after all that massively BIG commercial pop. But with this new format that track becomes the start of something, rather than the end, kicking off a side of vinyl, which seems just…wrong. This Is The Picture is another quirky and hypnotic track. Originally excluded from the vinyl, it’s included here, since there are no pesky running time limitations with the two LPs (although it did also feature on the 2012 33RPM vinyl that came in the box). In Your Eyes still sounds fantastic, but I just can’t get used to it being at the end. 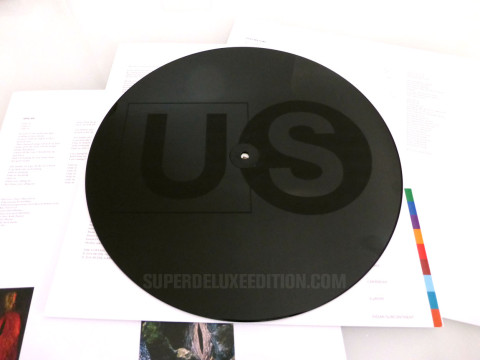 Talking of sound, sonically, the albums are very good indeed. The low end on So is excellent and I’d forgotten just how good Us is as an album – a fine and worthy follow-up to So, with some amazing highlights such as Love To Be Loved and Blood of Eden.

I confess that the Up album rather passed me by at the time of its release, so this triple vinyl version will be an opportunity to correct that neglect and examine Peter Gabriel’s last collection of songs recorded in the studio. As mentioned above, at least this physical format insists I get involved in the process!

Record labels get a lot of flack (rightly so) for lazy vinyl reissues, but these are definitely a cut above. Although all three of our gatefold sleeves suffered from a slightly warped ‘pillowing’ effect, overall, the packaging and presentation is very good, although it doesn’t come close to the recent, more expensive, XTC vinyl reissues. However, the inclusion of hi-res audio makes all the difference, especially if you’re paying £25 for a vinyl record.

So, Us and Up are all out now in half-speed remastered 45RPM vinyl packages. 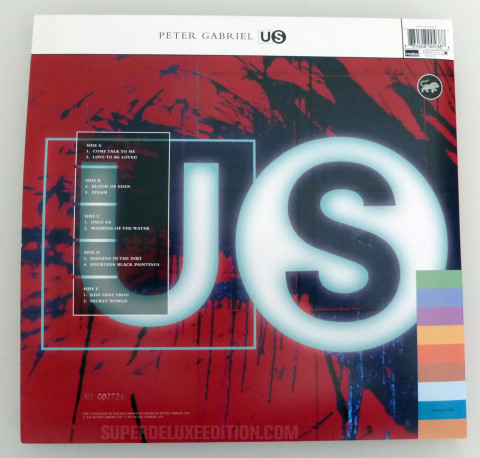 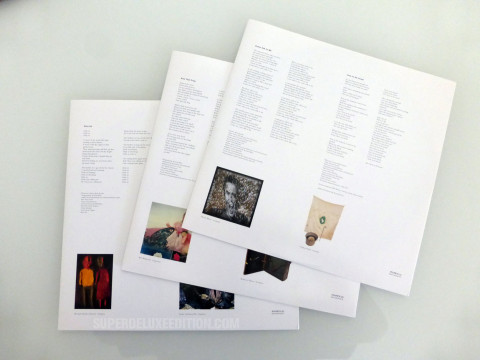 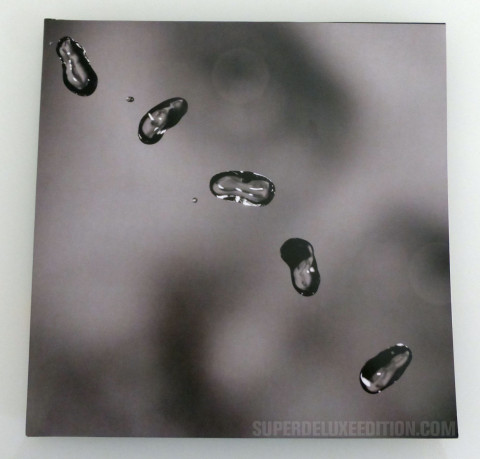 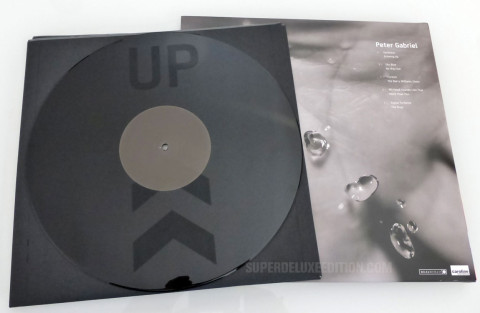