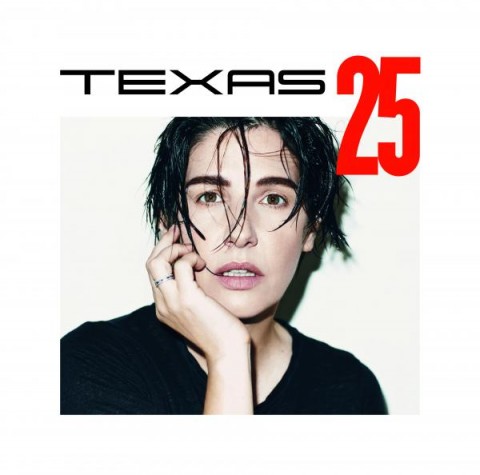 Like Blondie last year, Texas have re-recorded their old hits for Texas 25, a compilation album celebrating – you guessed it – a quarter of a century of the band making music.

Unlike Debbie Harry and co’s Greatest Hits Redux, these aren’t facsimiles simply designed to grab some extra publishing; with Texas 25 they’ve at least tried to do something a bit different, in this instance employing the services of “acclaimed” NYC outfit Truth & Soul (who have worked with Amy Winehouse and Adele) to reconfigure/reboot the old songs.

In general, these re-recordings will probably sound as you expect – Say What You Want has a fatter bass, that clicky compressed snare is replaced with something more natural and there’s extra Memphis-style horns and lashings of Hammond on the chorus. The remake of I Don’t Want A Lover – still probably their signature song – is brilliant, dispensing with the pulsing synth and slightly one-dimensional eighties’ drums and replacing them with slinky and bouncy guitar figures. The song still has the slide guitar in it, but to this writer it’s somehow warmer, funkier and more appealing.

Black Eyed Boy isn’t quite so successful. The lead vocal on this new version lacks the power of the 1997 recording with a softer, double-tracked approach and the stomping urgency of the original is somewhat diluted. Horns don’t make everything better. Halo is similar – the verses are quite cute but just after Sharleen sings “we all love her, to that we confess” you expect, and want, LOUD guitar and strings in the chorus. These are replaced by parping trumpets and extra ‘ooh oohs’ that are an interesting alternative, but don’t better the original.

The new songs are really good. The excellent Start A Family has a very emotional vibe and boasts a strong chorus melody. It also makes good use of the ‘funky drummer’ drum pattern that George Michael used on Waiting For That Day. Supafly Boy is both seductive and silly and has such a sixties/Motown arrangement you wouldn’t be surprised if you heard it on an episode of ITV’s Heartbeat.  Say Goodbye brazenly nicks the music from Say What You Want but let’s consider that a plus point. It’s perhaps a part two in the ‘Say’ saga with Sharleen singing “I say goodbye, I was wrong. Now it’s too late, if only I had lied”.

If you buy the two-CD deluxe, or the box set of Texas 25 you get the best of both worlds, since you can enjoy the fresh reworkings and then put on the second CD for a blast of nostalgia via the hits ‘as you remember them’.

Greatest hits CDs have always been a bit annoying for fans since they are the equivalent of those ‘promotional’ rate mortgages to attract new customers. Music fans new to the band get all the fun and loyal followers (existing customers..) get the same old music they’ve owned for ages, re-presented. Record labels came up with the idea of ‘new’ tracks on compilations to try and get around that problem, something they’ve been doing since the 1980s, but unsurprisingly many artists struggle to come up with material which matches the best music they’ve produced over a career that might span decades!

Texas have, remarkably, avoided all the pitfalls with Texas 25. The new tracks (especially Start A Family) are excellent and loyal fans have a whole album of decent-to-great re-recordings to enjoy. Whether the box set is worth the money being asked is another matter (a disc of rarities wouldn’t have gone amiss), but certainly forget the single disc edition and opt at least for the two-CD deluxe which is available for around £12 (or equivalent).