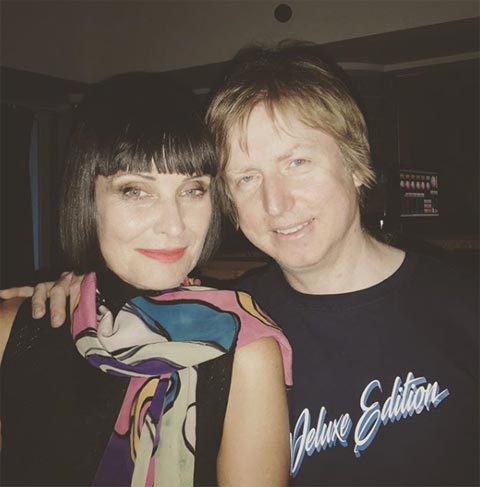 Live Frenzy. A week of gigs.

It’s been a busy week here at SDE HQ. I’ve been to four gigs in the last week, with two of them on the same night! I do enjoy going to live concerts, but I’m also a bit of a lazy git and like to stay in and watch a good TV drama (current favourite, BBC’s The Split).

So this much ‘going out’ is quite unusual for me, really, and the reason for mentioning it is that I’ve decided seeing live music is one of the best ways to find ‘new music’ as well as seeing favourite acts. I’m lucky, because I live in London, and there’s loads of opportunities to see cheap – or sometimes free – live music. The key thing is to have someone in your network of friends who has similar, but not identical taste. And when they suggest someone you’ve never heard of, trust their judgement and just go with the flow.

It was exactly that situation last Sunday that lead me at The Scala to see South African singer-songwriter (and Berlin resident) Alice Phoebe Lou. Her story is amazing, really. She started out busking in Berlin in 2013, aged 20, and has stayed fiercely independent, self-funding her 2016 debut Orbit, by selling a live album. No one I know has heard of her, but she was brilliant. I expected indie-rock, but got something much more delicate and restrained. Her voice is stunning and someone described her as a female Jeff Buckley, and that’s not a bad description. The songs do share the Buckley vibe. On stage, if anything, comes across as younger than her 25 years, but the crowd loved every minute and I bought the record at the end of the show. Below is a video of her playing Girl On An Island (which is the first track from Orbit) in a London park!

Longtime SDE readers might remember me interviewing Corinne Drewery and Andy Connell from Swing Out Sister way back in 2012. They’d just reissued It’s Better To Travel and we had a great chat about the making of that album. Initially, ‘relations’ hadn’t started too well, when Andy took exception to my post Swing Out Sister reissue: A Complete Waste Of Space?, but to his credit, he saw some merit in my suggested improvements and Swing Out Sister ended up implementing them and the two-CD deluxe of It’s Better To Travel was subsequently great, in the end. An early ‘win’ for SDE!

We’ve stayed in touch and as some of you will have been aware, the band have spent the last three or four years working on their PledgeMusic-funded album Almost Persuaded. That album is their first for almost 10 years and is now out (for Pledgers) and gets a wider release next month. I was delighted when Corinne got in touch at the beginning of the week and suggested I come along to an intimate showcase they were doing at The Hospital Club, a private members club for ‘creative industries’ in Covent Garden. They performed to a crowd of 100 or so people in the ‘Oak Room’ of the establishment (co-owned by Dave Stewart) and hung around at the end to sign autographs and chat to fans. The tracks from the new album sounded very good and of course they played some hits. Inevitably, Breakout got an airing and they also performed Twilight World from their debut. See a small clip of the latter, filmed (not particularly well) by yours truly.

Swing Out Sister was short but sweet, so the evening was still relatively young. That left me and my friend time to jump in a black cab and head off to East London pub The Old Blue Last to see LA punk rock band The Regrettes perform a sweaty set upstairs (it was free!). This was the polar opposite to the sophisticated jazz-pop of Swing Out Sister, but what a blast! Fans moshing, singer Lydia Night jumping into the crowd with guitar, and pure punk energy. I didn’t know any of the songs, except a cover of the Sweet‘s Ballroom Blitz, but who cares! A kebab from Mangal in Dalston, on the way, home topped a great night out. 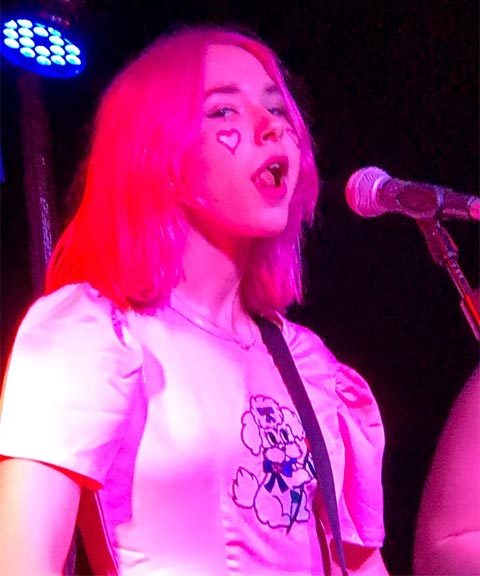 Lydia Night of The Regrettes gives me ‘a look’

Finally, with only one night off to recover, I was back out last night at The Barbican to see the immensely talented Field Music. From the North East of England, the band have been going for about 14 years, but I only discovered them recently. Their latest album Open Here that was issued in February this year. The record is phenomenal – a quirky, poppy delight. Check out Time in Joy below.

Live in London last night, they were immense. There was up to 13 of them on stage at one time, including a string quartet, percussionist, two keyboard players, fugelhorn and saxophone. Brothers David and Peter Brewis (who write all the songs), effortlessly swapping over from drums to guitar depending on who was singing and/or leading a particular track. 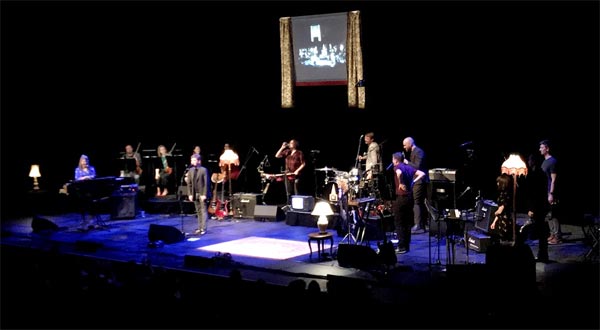 The band just seemed to represent all that is good about music. There was a real warmth to proceedings and just so much creativity in the arrangements and performances. Also, while I think having quite so many musicians on stage wasn’t the norm for Field Music, it was refreshing to see actual musicians up there, earning a wage and not keyboard players triggering samples at the appropriate times. The Barbican is an excellent venue, too. Even though we were at the back of the stalls, it was comfortable and the view was great, thanks to some steeply raking seating. Having listened to the new record on Spotify, I was pleased to pick it up on vinyl at the merch stand (along with a few others).

So with Alice Phoebe Lou, Swing Out Sister, The Regrettes and Field Music you have four very different acts at various stages of their career but all with something to offer. It has been a memorable week, but tonight I have an appointment with the TV to watch the Champions League final!