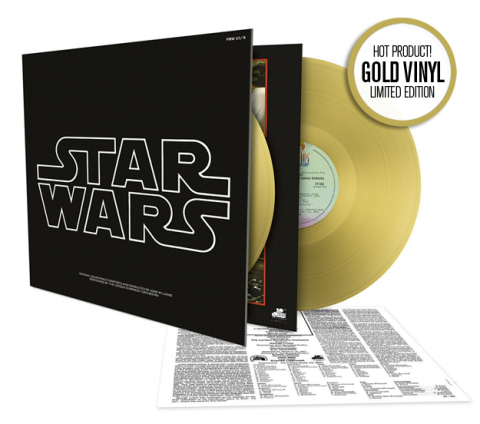 To be honest, it’s getting quite tricky to keep up with all the Star Wars related vinyl, with different labels releasing different coloured vinyl, picture discs and the like. Here is the latest; Sony Classical are issuing a double GOLD vinyl edition of John Williams‘ original score from the original movie, that is Star Wars Episode IV: A New Hope.

At least this limited edition is relatively affordable. At the time of writing it’s less than £22 in the UK which is decent for a double gatefold coloured vinyl. Put it this way, that’s about £100 cheaper than Friday Music’s 3LP blue vinyl of David Bowie‘s A Reality Tour!