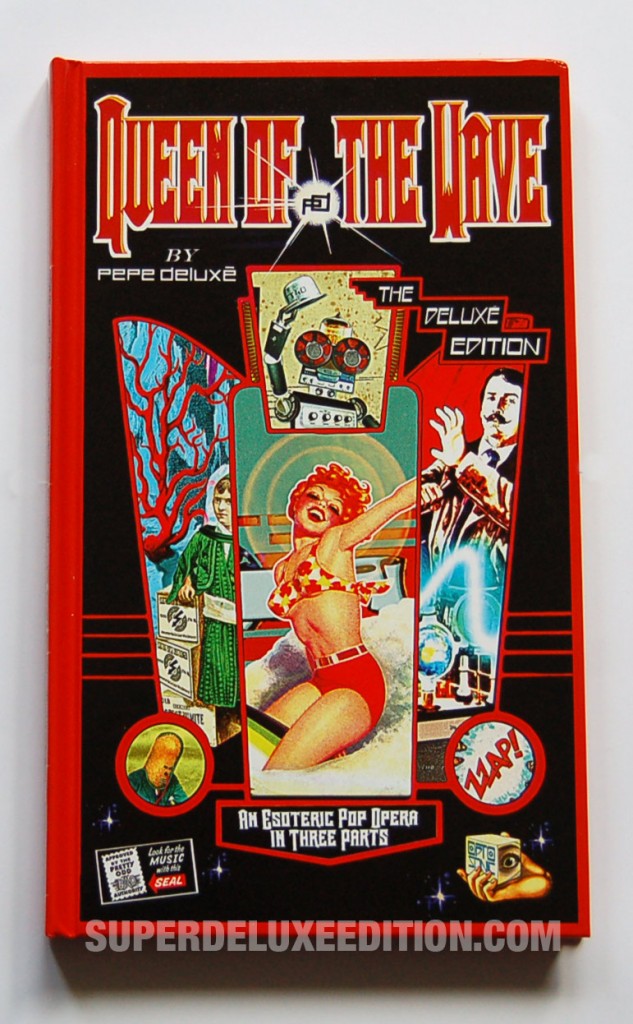 A three-disc deluxe edition followed in November 2012 which added a CD of bonus audio and a DVD, and the whole package is an aural and visual feast. The DVD even features an ‘extras’ folder with a complete set of WAV files of instrumentals of the album tracks, plus sound files for break beats and samples used for the recording.

To be in with a chance of winning this Queen Of The Wave deluxe edition by Pepé Deluxe, simply:

You may already subscribe to our newsletter – if so then leave just leave a comment. This competition is open to all. We will pick a winner at random on Monday 25 February 2013. Good luck!

“Go Supersonic” from Queen Of The Wave (album doesn’t have the V/O!)

Win tickets to a special Tears For Fears playback event