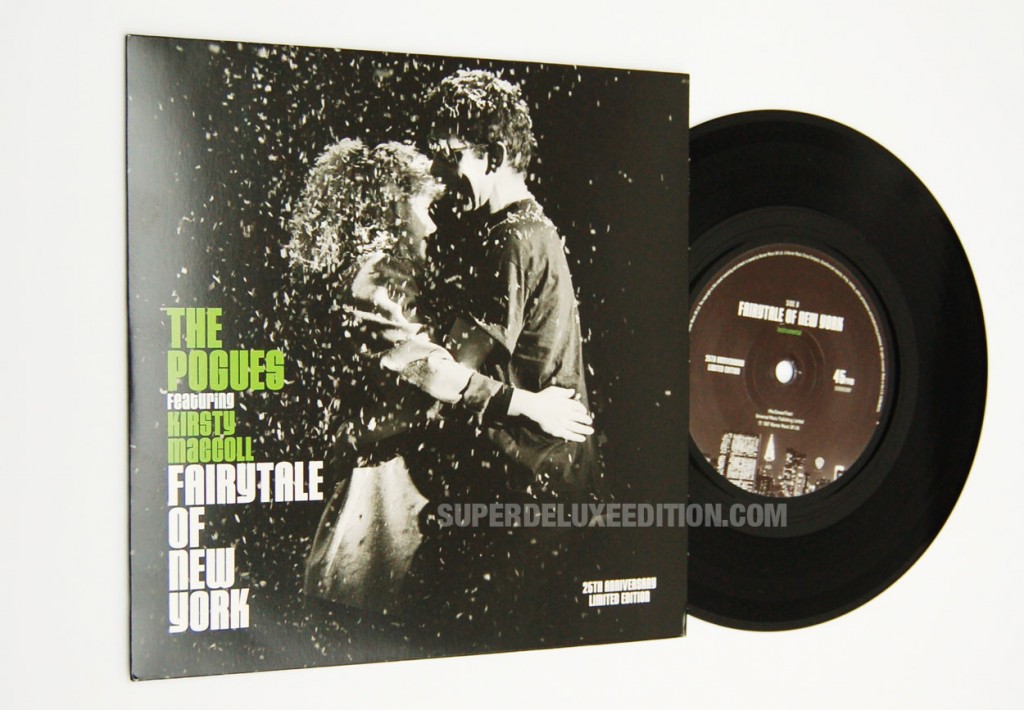 The greatest greatest Christmas song never to get to number one? Quite probably. The Pogues and Kirsty MacColl peaked at number two in the UK in 1987 with Fairytale Of New York, kept of the top spot by the Pet Shop Boys massive selling Always On My Mind single.

Rhino are celebrating what is the 25th anniversary of the record by reissuing it, but as well as the usual digital versions (single, instrumental and video) they have also issued physical version in the shape of a limited edition seven-inch vinyl, with some fine new artwork and the physical debut of the instrumental version of the track on the B-side.

This seven-inch is limited to just 2000 copies and is out today available from Rough Trade Records. The digital versions can be found on iTunes.

We have a copy of the vinyl to give away – leave a comment to enter and we’ll pick a winner on Monday 10th December.

In the meantime, why not join the Facebook campaign to get Fairytale of New York to number one this Christmas.