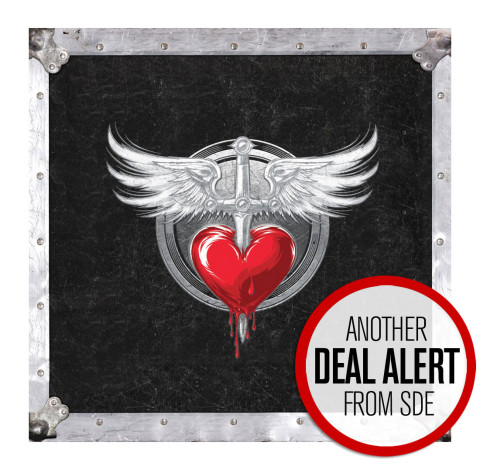 The previously announced Bon Jovi The Albums vinyl box now has its exact contents confirmed and is significantly cheaper than anywhere else on Amazon UK right now.

While in no way ‘cheap’, this 24LP collection (which includes the yet-to-be-issued new album This House Is Not For Sale) is £198 on Amazon UK a cool £150 cheaper than Universal are selling it via their Sound Of Vinyl store! Also American fans should note that once the UK tax (VAT) is deducted – and thanks to a favourable exchange rate – the price for you (or other non-EU countries) when ordering from Amazon in the UK is $194 + shipping. In the USA it’s $467!!!!

The sub-£200 UK price works out at just over £8 per vinyl record. Incidentally, the box has a new 2LP issue of New Jersey and includes both Jon Bon Jovi solo albums and a rarities ‘Extras’ LP.