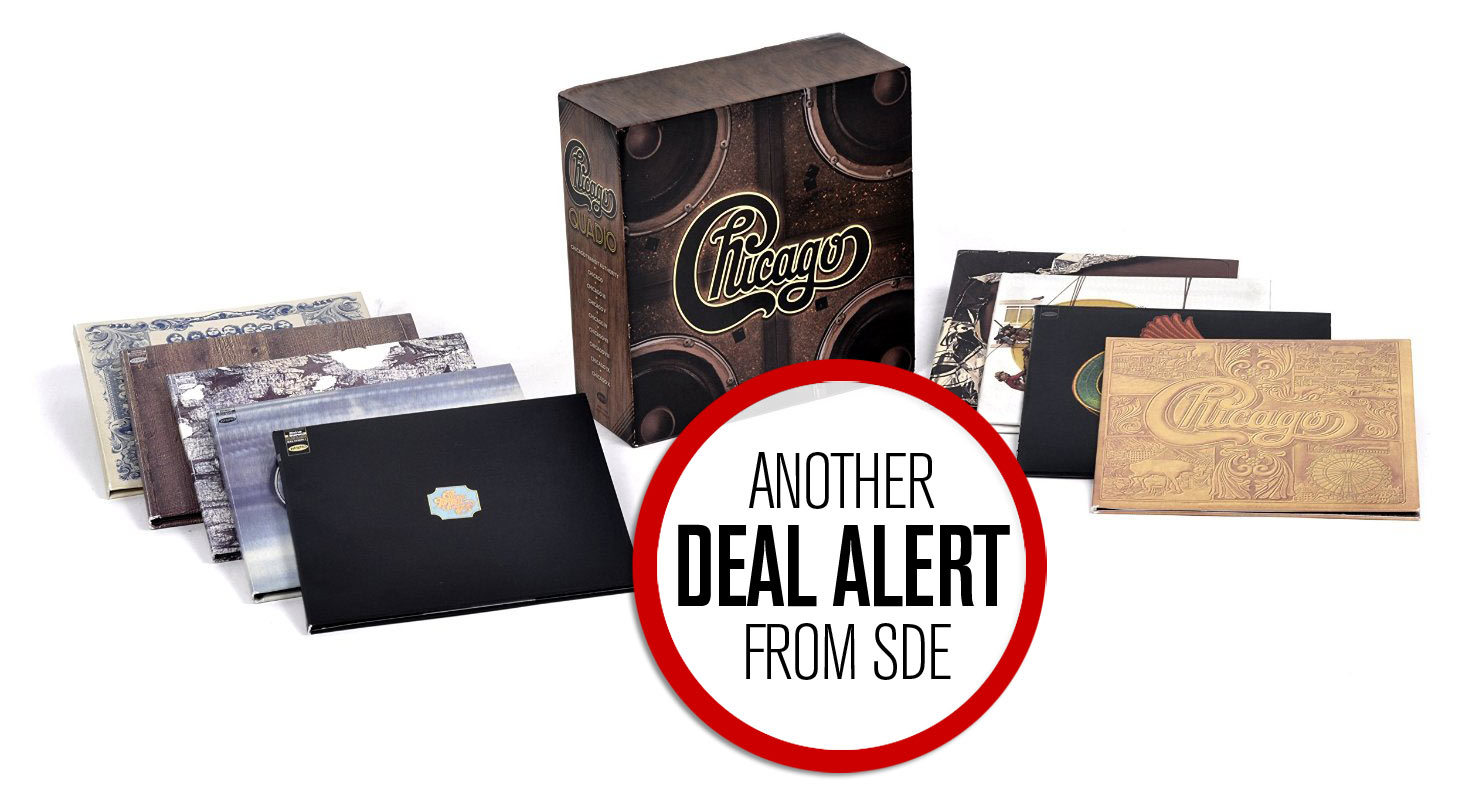 Out in a couple of weeks is this Chicago box set called Quadio which contains nine blu-ray audio discs featuring hi-res stereo and original quadrophonic mixes of their first eight studio albums (1969-76) plus the 1975 greatest hits compilation. It is finally available in Europe, and at a great price.

The cover artwork for the albums (such as the glorious Hershey chocolate bar-style cover for Chicago X) and packaging details of the original release are said to be replicated to the last detail, including mini-posters and the iron-on that came with Chicago VIII.

This is around £75 on (€103) on Amazon Italy which not only makes it easily available to everyone in the EU but is the cheapest price to date.