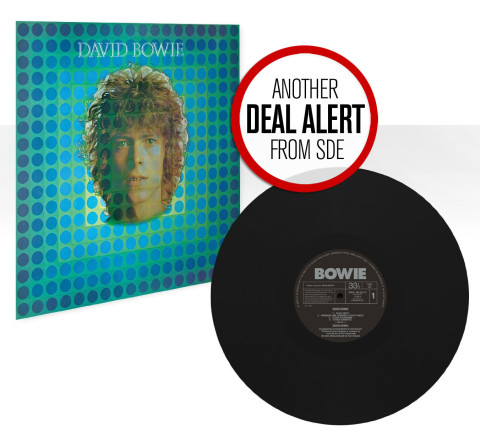 Superb price for the vinyl LP reissue of David Bowie‘s 1969 album which was originally issued as ‘David Bowie’ and later re-christened ‘Space Oddity’ by RCA.

It’s probably fair to say that this is something of a hidden gem (if there is such a thing!) and kicked of David’s ‘imperial phase’ which ran through the entire 1970s. Produced by Tony Visconti, the album features some superb work, including Space Oddity, Cygnet Committee, the poignant Letter to Hermione and Memory Of A Free Festival.

Note: The Man Who Sold The World and Pin-ups are similarly cheap on remastered vinyl!