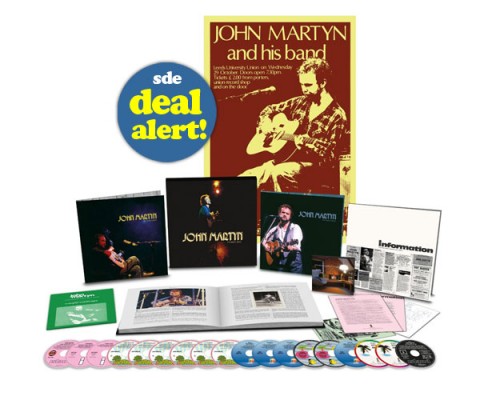 This John Martyn Island Years box set contains 17 CDs featuring the 12 key studio albums (recorded for Island between 1967 and 1987) with previously unreleased mixes, outtakes, unheard songs and two complete, previously unreleased live solo concerts from 1972 and 1977 and the complete demos for The Apprentice, the last album Martyn delivered to Island. Add to that a DVD with loads of TV performances, a large hardback book and you have an amazing set.

You can pick this up now from Amazon UK for virtually half price at the time of writing, not quite as good as last year’s ‘accidental’ deal on Amazon Germany, but at least this should be honoured! US fans should note that with tax deducted this works out at about $122 plus shipping.

The Beatles / “US Albums” price drop

DEAL OF THE DAY: David Bowie / The Next Day Extra 2CD+DVD

Originally listed on Amazon for around £24, David Bowie‘s The Next Day Extra (a…

DEAL OF THE DAY: The Who / Quadrophenia Super Deluxe Edition