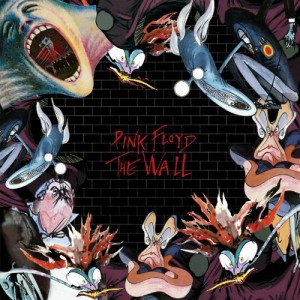 With the release of The Wall Immersion Box still more than a month away, I’ve been granted the opportunity to take a listen to the music within – notably discs five and six which contain the only previously unreleased music, with a total of 64 original demos.

Each demo disc is rather confusingly indexed into ‘programmes’ with disc 5 having three and disc 6 having four. I guess there will be some notes in the physical box which will offer explanations around the though process behind the way the tracks have been split up (sometimes it’s obvious).

64 tracks is a lot of music in anyone’s book, but if you have taken an early look at the track listing, the observant among you may have noticed that 23 of the demos (on disc 5) are referred to as “excerpts from” Roger Waters’ original demos. And that is indeed the case. They are not kidding. Only five out of 23 are more than a minute long, with some as short as eight seconds!

This might seem perverse, and I can hear Floyd fans out there up in arms – “how dare they not give us the whole unexpurgated demos!” – but on listening to these embryonic versions, I can see why the decision was made.

Although there is a fair bit of sophistication in these early Waters demo recordings (effects, synths, guitars and multi-tracked vocals) they are still quite rough and ready in places and even if they all existed as full-length tracks (I’m not familiar with the bootlegs), listening to the whole thing could become rather tiresome, and certainly wouldn’t encourage repeated listening.

Also, keeping all Roger’s solo demos in full would have likely necessitated either cutting back on the much more listenable ‘band demos’ (a non-starter) or putting at least three discs of demos in the Immersion box, which might seem overblown to even the most diehard of fans. As it is, you get nine demos of Another Brick In The Wall (in all its incarnations). How much alienation can one man (or woman) take?

Listening to all 23 of the Roger excerpts in order is rather like the aural equivalent of that famous vintage BBC footage of the London to Brighton train journey speeded up to 4 minutes. Here we have a compressed, lo-fi version of most of The Wall album – roughly in sequence – that’s been and gone in 15 minutes!

Despite the brevity, there’s plenty to enjoy. Goodbye Blue Sky sounds as pretty as ever…until Roger starts singing, and Is There Anybody Out There (one of the more ‘lengthy’ Waters demos at over a minute!) is a good illustration of how the sounds, tones and vision were all mapped out in the man’s head at this early stage. It’s got the lot – atmosphere, twinkly bits, spooky vocals, and the picked acoustic guitar figure (which I’d always attributed to Gilmour).

Programme 2 within this first disc of demos, bizarrely starts with the very last Roger Waters demo, Prelude (Vera Lynn) but immediately after follows a run of 12 “band demos”. Despite the ‘demo’ moniker, these are very polished early versions of the songs with alternate lyrics and sometimes structural differences. For example track 24 – Another Brick In The Wall (Part 1) – has an acoustic guitar intro, a completely different lyric and a ends with a rather mournful piano. Later in Disc 5 (Programme 3) is a further version of Another Brick In The Wall (Part 1), where it bears much more resemblance to the finished cut. The Thin Ice (track 25) has a rather corny lead guitar intro, not present on the original, and Goodbye Blue Sky sounds gorgeous, with David Gilmour’s vocals virtually indistinguishable from the master version. There is also a rather wistful moogish keyboard line at the end of  Goodbye Blue Sky that got the chop somewhere along the line.

Teacher Teacher is a track that never ended up on The Wall, but is included here. It has a rather whiny melody with some guitar phrasing that follows the vocal lines. The song doesn’t really have a chorus and it’s all rather plodding and uninspired: “Teacher Teacher you might as well be dead / all those years you tried to suck my brain away“. In the end the same things were said more eloquently on Happiest Days of Our Lives and Another Brick In The Wall.

Young Lust (Band Demo) is a highlight, with a completely different vocal melody and lyric in the verse. Gilmour sings “He staggered away from those desperate days, leaving a trail of fear and degradation” and Waters then takes over, before the familiar “dirty woman” chorus.

Sexual Revolution is interesting because it’s a track that would not be heard until it ended up on Waters’ first solo album, 1984’s The Pros and Cons of Hitchhiking. I think I actually prefer this demo version. The lyrics are more or less as per the solo version, although the ‘sexual revolution’ line does come in until much later on the Floyd demo, but the music on the demo has more pace to it, and lacks both the annoying digital sheen of Hitchhiking as well as the axe-for-hire guitar work of Eric Clapton. This track wasn’t ever intended for The Wall, but was demo’d with the band to see if they had any enthusiasm for Waters’ Hitchhiking concept (they didn’t).

Six more demos end disc 5 of the Immersion box, and were clearly recorded after the first batch. The Thin Ice now has the baby crying on the intro, Another Brick In The Wall (Part 2) has lost the rather folky guitar from the version found on Programme 2, and we are introduced to a bass-free Happiest Days Of Our Lives, featuring lots of flanged guitar, but lyrically correct.

The first twelve tracks of Disc 6 make up the programme 1 and, surprisingly, we have three more Roger Waters demos. Logically, you might think that these are evolutionary versions of what we saw at the beginning of disc 5. But actually, a careful listen informs that these are simply repeats of three ‘excerpts’ from disc 5, but this time in full.

If you were disappointed to only get 38 seconds of Roger’s demo of Bring The Boys Back Home from programme 1 of disc 5, then this disc has the ‘full’ version which runs to 43 seconds (I kid you not..). Is There Anybody Out There has 30 seconds more audio and Vera is the best value with almost 2 minutes extra.

Having earlier defended the ‘excerpt’ approach, the logic to putting these demos at the beginning of this disc, with only slightly longer running times, seems strange, although one explanation could be that the track listing here reflects what the band pieced together back in the day as they planned a running order for the record. These discs in the Immersion Box do attempt to provide a sequenced version of the album in demo form, which might explain a fair amount of cross-fading, something that is initially surprising, considering we are listening to demo recordings. For example Roger’s solo demo of Bring The Boys Back Home fades into the band demo of Hey You.

Hey You is familiar enough – the major difference being that Roger Waters sings the whole song on his own and subsequently struggles on the choruses!

Also included in programme 1 is a band demo of Comfortably Numb which sounds more developed than the version in programme 3 of this disc (see below). Even though the verse melody is not there yet, Roger sings the verses, as on the record. The Show Must Go On also appears here, sounding rich and well produced although at this stage known as it has no ‘show must go on’ line in the song at all, instead we hear “I’m ever so sorry now“, instead.

Three demos are listed within programme 2 of this disc. Outside The Wall is featured in an extended form as it segues into a track called It’s Never Too Late. This is followed by a really strange band demo version of Comfortably Numb known at the time as The Doctor. As well as singing ‘his bit’, David Gilmour also sings the verses which have a completely different melody and lyric to what we know (“What seems to be the trouble / are we feeling out of sorts / Do you think they’ve gone forever / Can you show me where it hurts“). Roger Waters is not heard at all on this demo.

Six more band demos include a version of One Of My Turns complete with that women asking “are all these your guitars?” (not the same one, this one has an even more annoying voice). When it gets to the “run to the bedroom…” line nothing happens. No drums, no guitars – just synths. Quite strange.

Empty Spaces segues into Backs To The Wall, a track not on the album, but it does have a verse melody with echoes of The Show Must Go Own.

The original demos of Comfortably Numb and Run Like Hell. Comfortably Numb has David doing a bit of a “de do do do de da da da” with the melody, since the words were of course written by Roger. Run Like Hell is entirely instrumental in this demo form. The three disc ‘Experience Edition’ doesn’t contain either of Gilmour’s demos.

If you are a Wall obsessive, then you are going to want these Immersion Box demo discs. The sheer quantity of material is incredible – 129 minutes in total. Although students of the band may be familiar with some of this material from bootlegs, they will not have heard them with the audio quality on offer here.

The three disc Experience Edition offers a genuine alternative to stumping up for the big box, but effectively gives you only 50 percent of the unreleased content that you get here, with just the one bonus ‘highlights’ CD of demos.

There is obviously more to the Immersion Box than just these demo discs (full specs here). Hopefully in the credits for the music, it will provide some decent information around the when each demo was recorded. A full review of the physical set will appear on superdeluxeedition.com in February.

In the meantime, I’d encourage you to ask any questions around these demos that you might have. Just leave a comment and I’ll get back to you promptly.

The Wall Immersion Box can be preordered here