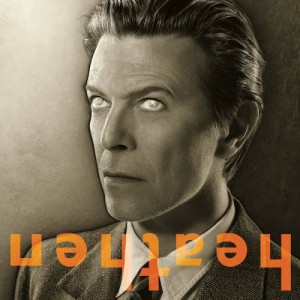 After David Bowie‘s creative nadir in the second half of the 1980s, Tin Machine kicked off a over a decade of creativity that took in soundtrack-inspired art rock (Buddha of Suburbia), experimental pop-jazz-funk fusion (Black Tie White Noise), drum and bass (Earthling) and even, a-hem, a ‘non-linear gothic drama hyper-cycle’ (Outside). The wishy-washy Hours (1999) was the exception rather than the rule, underlined by the back-to-back triumph of Heathen (2002) and Reality (2003).

What these albums had in common was that they were either not released on vinyl at all (Buddha, Hours), or the production runs were relatively small meaning they are extremely hard to get hold of (Black Tie White Noise). Of course these days they are certainly making up for lost time and in the last 12 to 18 months there has been a plethora of Bowie vinyl releases.

Bowie released so many singles in the 1970s, you don’t have to wait long for the next ’40th Anniversary’ picture disc to come along (Fame is next). Sometimes these are linked to Record Store Day (groan) and sometimes not. Not that a big anniversary needs to come around. Let’s Dance (the single) will be issued on yellow vinyl in July. The reason? To celebrate the opening of ‘David Bowie is’ at the Australian Centre For The Moving Image (ACMI) in Melbourne. Music On Vinyl have been working their way through some of these nineties/noughties records with limited edition coloured pressings of Heathen and Reality which give way to standard black vinyl versions. The latest for them is Hours. Meanwhile an American label, Friday Music, is putting Heathen out on blue vinyl. So much activity, but to what end?

If you’re anything like me, your Bowie ‘wish list’, when it comes to reissues, doesn’t have ‘vinyl release of Hours‘ at the top. I would like a Let’s Dance deluxe or super deluxe, but a yellow seven-inch of the single edit is just a bit…meh. It’s a like messing around with peas and carrots on the side of your plate and not getting to grips with the meat and potatoes in the middle.

Here’s an idea – don’t remaster one song and put it out on seven-inch vinyl, remaster the whole album and put it out with the original Nile Rodgers demos and lots of bonus material! The amount of stuff Bowie hasn’t properly reissued is crazy. Albums like The Man Who Sold The World, Hunky Dory, Scary Monsters (And Super Creeps) and all three long-players that were the so called ‘Berlin Trilogy’. Granted, they were all part of Rykodisc/EMI remasters in 1990 – the one time Bowie has opened up the vault – but that was 25 years ago. We wait, impatiently, as always! 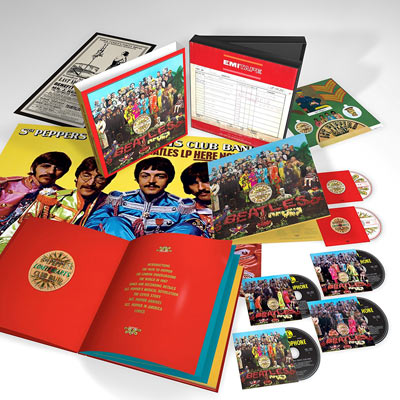 David Bowie‘s 1995 album Outside will be issued in full, across two white vinyl records…