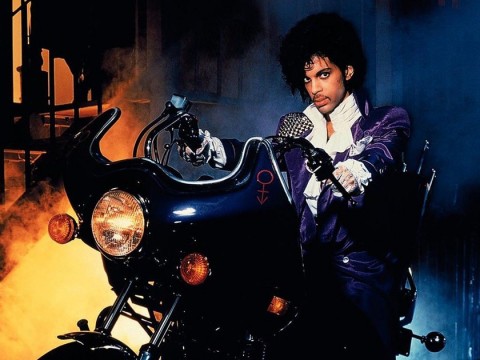 Unsurprisingly, Prince albums dominate this week’s UK album chart, in the wake of the musician’s death ten days ago.

The Purple Rain soundtrack is number four in the physical charts (behind – you guessed it – Adele with Aled Jones and new entry Katherine Jenkins also ahead of the 1984 Oscar winning soundtrack.

The slightly dull The Very Best of Prince single disc compilation is right behind Purple Rain at number five, while the more interesting (and more recent) Ultimate Prince, with its bonus CD of remixes, sits outside the top ten at number fifteen.

As has been well reported, Prince’s music isn’t available on any streaming services, except Tidal, but that doesn’t mean fans can’t buy digital downloads. This accounts for the higher positions of his albums on the ‘proper’ combined album chart where The Very Best of Prince is number two, Ultimate Prince is 11 places higher than on the physical chart (with a ‘new position’ of number four) and Purple Rain is pushed down to number five. In total, eleven Prince albums can be found in the top 100 on the physical chart, with 14 on the official album charts.

If you don’t own much Prince and are contemplating a purchase, the best compilation is the 1993 three-CD set The Hits/B-sides. If you can put up with plenty of single edits, this is pretty comprehensive, and is more or less the only place to find any B-sides on CD. You also get a couple of unique songs which were new at the time, namely Pink Cashmere and the brilliant, rather forgotten, Pope. For some reason (most likely stock problems) only the available separately single disc Hits 2 charted this week (number 61)

The Hits / The B-Sides

If you don’t ‘do’ greatest hits or just fancy picking up some vinyl, and you think prices have been hiked up after Prince’s passing you’d be mistaken. Purple Rain is available on vinyl for only £12…

Prince and the Revolution

and 1980’s Dirty Mind on vinyl LP is similarly cheap.