Many happy returns to David Bowie who was 69 yesterday. He’s looking great – even if I do miss his old teeth – and seems to be enjoying life as a recording artist who does no promotional work at all, save for making those spooky vids…

It turns out that he was not only born on the same day as Elvis Presley but also Blade Runner‘s Nexus-6 replicant Roy Batty, whose ‘incept date’ was 8 January 2016. You know there’s always going to be a space/sci-fi connection when Bowie’s around! It’s quite apt actually, because despite Batty’s travels and his liking for C-beams, during a colourful life I’m sure ‘Dame’ David has seen (and done) things Batty “wouldn’t believe”.

Anyway, the new album ★ (Blackstar) is of course out, and while I’ll reserve full judgement for now, it sounds very promising indeed. Although you have to say, all this talk of it being ‘jazzy’ was a bit of a red herring. It’s not. The remake of Sue is far LESS jazzy than the original; Lazarus has a lovely poppy, floaty quality and I still think the sweet, middle bit of Blackstar sounds like one of Bowie’s contributions from the Labyrinth soundtrack (which I like).

Also, maybe it’s me, but does anyone else think they’ve overplayed the ‘it’s-weird-and-experimental’ card? Dollar Days for example, is lovely, but it’s breezy arrangement features acoustic guitar, drums, piano, soulful sax and some beautiful vocals. It’s not exactly Black Out or African Night Flight.

I’m pleased it’s short, I’ve always liked a short album. Station to Station was six tracks, Let’s Dance, eight. It’s a cliché, I know, but less is normally more. I doubt this would be better with 14 tracks plus two bonus tracks on Target exclusive.

Finally, someone tell me why I didn’t pre-order the transparent vinyl? I think I was put off by all that ‘lithograph’ bollocks on the official Bowie site. Oh well, the standard vinyl is well-presented with the die-cut sleeve, even if the £24 price-tag for a seven-track album is rather high.

I’d love to hear your thoughts on ★, so do leave a comment.

Watch the video to Lazarus 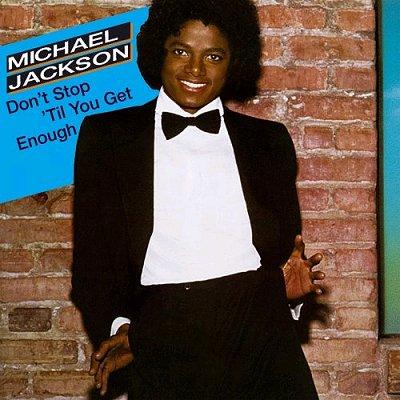 What’s going on with the newly announced reissue of Michael Jackson‘s Off The Wall? The re-release pairs just the album with a new Spike Lee documentary, and, er, that’s it!

Spike Lee is a great filmmaker (I love Clockers in particular) but Sony didn’t think the Bad documentary warranted a place on the Bad 25 reissue, whereas with Off The Wall that’s ALL we’re getting! The fact is, the documentary is likely to be shown on TV soon enough (Amy, the 2015 Amy Winehouse doc was on UK telly last night) so are we really going to spend £15-20 on this reissue to get content that will be free after a short while?

A reissue that offers close to nothing of interest is surely destined to fail but Sony are pressing ahead regardless. Also, goodwill is eroded, because if in 2019 they do decide to go the super deluxe route for the 40th anniversary of Off The Wall, consumers and music fans who do buy this 2016 release will rightly feel a bit miffed.

Somewhere along the line the strategy must have changed. There was definitely a plan for a big reissue because a promo film was created (here). For whatever reason, that has been scrapped, but maybe Sony were contractually obliged to release the Spike Lee doc and were therefore put in a position where they had to do something. An almost grudging frills-free release is logical in that context, although it’s still a bit misguided.

Is it naive to hope for some generosity of spirit? In my opinion, with reissues it makes such a difference when you can tell some proper thought has been put into it. A fan’s perspective, if you like. Blu-ray has a massive capacity for audio and video content – at the very least, a hi-res stereo version of the album should have been added to that element as an incentive to purchase. It’s as if they don’t want this to sell.

Fifteen years on from the 2001 special edition, which featured nine bonus tracks, we appear to be going backwards. The press release for the new edition also offered no details at all on remastering or which version of the album is being used, which again shows that the label appear not to understand who they are marketing to. Poor show.

Read more about the Off The Wall reissue here.