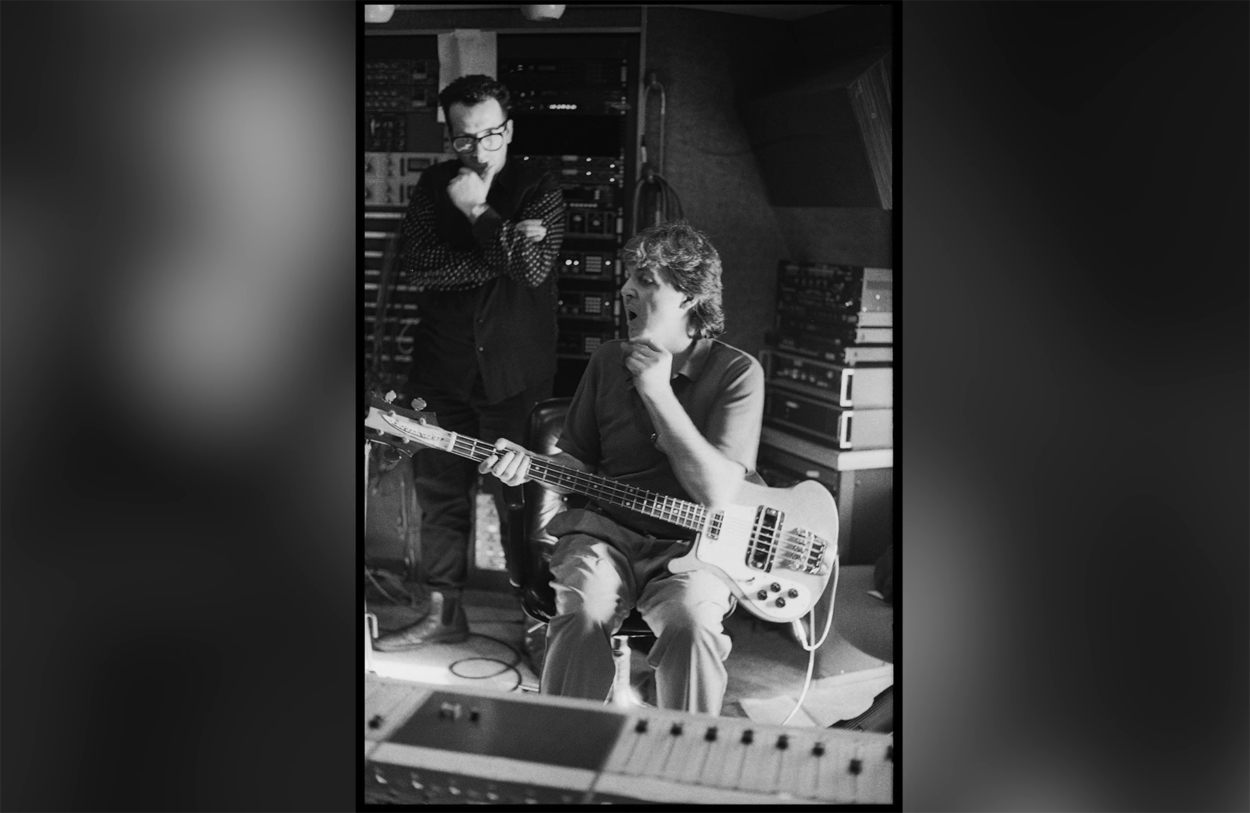 Just when you thought the promotional campaign for the reissue of Paul McCartney‘s Flowers in the Dirt album was over, Macca has just made another demo available for download from his website. This time it’s the track Back On My Feet.

Back On My Feet was the first song Paul co-wrote with Elvis Costello and was issued two years before Flowers in the Dirt, as the B-side to the single Once Upon A Long Ago. That single was used to promote the compilation All The Best, although it was never issued in the USA. 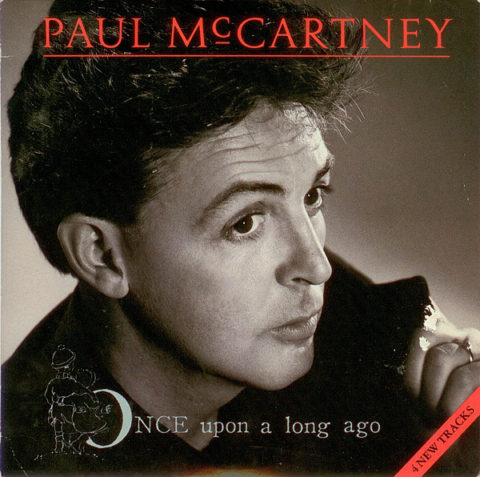 The CD single of Once Upon A Long Ago. One of the “4 New Tracks” was Back On My Feet.

The studio master recording of Back On My Feet was produced by Phil Ramone and wasn’t included on the two-CD edition or 2LP vinyl version of the Flowers in the Dirt reissue. It only came as part of the expensive deluxe box set and even then Paul didn’t think enough of the song to include it on CD – it was one of the notorious ‘download-only’ tracks. The ONLY place to find Back On My Feet on CD is the original Once Upon A Long Ago CD single or the 1993 ‘Paul McCartney Collection’ single-disc reissue of Flowers in the Dirt, where it was included as a bonus track (along with The Loveliest Thing and Flying To My Home).

Despite this, McCartney has chosen to highlight the composition six weeks after the Flowers reissue was issued. It’s certainly an interesting listen, since it appears to be Paul’s demo of the song before Elvis came on board and helped to complete the song. 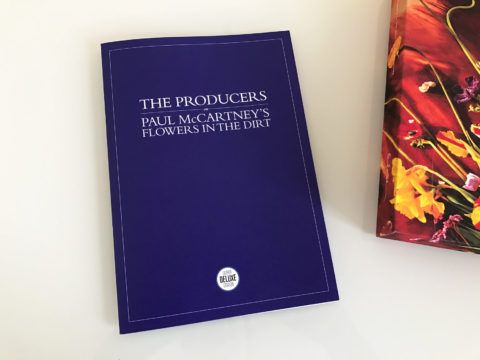 The Flowers in the Dirt reissue it out now. SDE’s acclaimed interview feature with four producers from the album can be purchased as a special ‘keepsake’ printed edition on the SDE shop. Or you can just read it for free here.

Download the Back On My Feet demo as a low quality MP3.

Flowers in the Dirt - 2CD edition

In Their Own Words: The Producers discuss McCartney’s Flowers in the Dirt

SDE talks to four producers who worked on Paul McCartney’s Flowers in the Dirt.