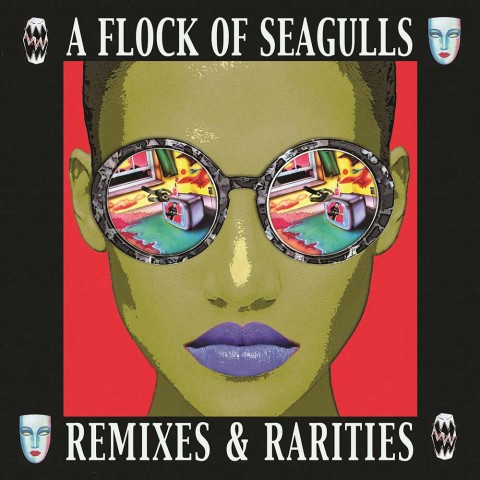 Cherry Pop continue with their occasional ‘Remixes & Rarities’ releases (initiated by yours truly for the 2013 Paul Young set) this March with a two-CD collection featuring Liverpudlian new wave band A Flock Of Seagulls.

What’s on offer here is consistent with the previous releases and so you will find all manner of rare mixes, twelve-inch versions, seven-inch edits and promo mixes, some of which are finding their way to CD for the first time.

Remixes & Rarities focuses on the band’s most successful period (1982-1986) where they enjoyed top ten hits both sides of the Atlantic. I Ran (So Far Away) was a major hit in many territories (although not, curiously enough, in the UK).

Cherry Pop have declared that they have “sourced the material from the original production master tapes” so assuming these have been remastered sympathetically, this should sound good.

A Flock Of Seagulls