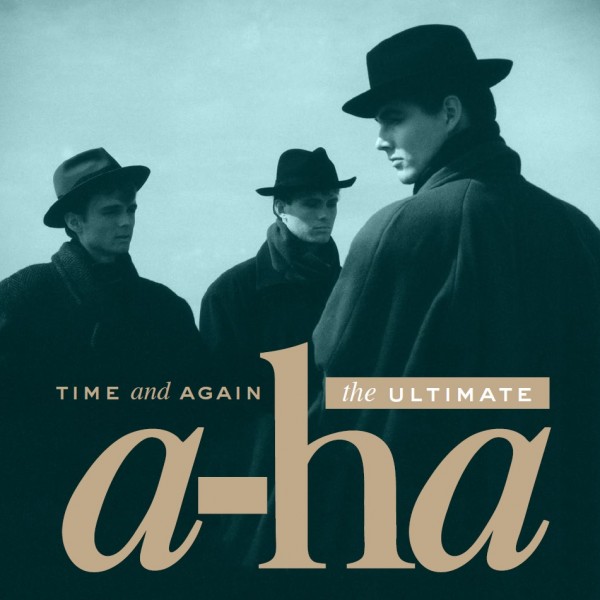 With the band’s Cast in Steel tour about to kick off in Russia early next month, Norwegian pop legends a-ha will release a new compilation that gathers their biggest hits from all ten of their studio albums and pairs it with a bonus disc of rare and unreleased remixes.

Time and Again: The Ultimate a-ha contains 35-tracks across two CDs, with disc one packed with all the usual favourites and brought right up to date with the inclusion of Cast in Steel’s Under The Makeup, a song that already sounds like a classic.

Committed fans will likely be most interested in the second CD within this set, since there’s some very interesting remixes featured, including the unheard Jellybean remix of Cry Wolf – created in 1986, but never used. Similarly, a ‘House Mix’ of Touchy is included, along with an edit of the unreleased-on-CD Justin Strauss ‘Dub Mix’ of You Are The One. The ‘Three-Time Gun Mix’ of The Blood That Moves The Body was created for the 1992 reissue of the single (to promote the Headlines and Deadlines compilation) but never issued.

A canny selection of rare remixes from the noughties rounds off CD 2, including the stunning ‘Reamped’ version of Did Anyone Approach You (a 2002 German-only single from Lifelines), and the ‘Aural Float Mix’ of Cosy Prisons, which sees its CD debut here, having been digital-only (and exclusive to Germany) in 2006.

Another single not issued in the UK, 2005’s Celice, was remixed to death at the time, with mostly tedious extended outings issued on white labels, 12-inch vinyl and CD singles, which I’m sure must have sounded great in ‘the clubs’. Thankfully, these are ignored and the brooding and rocky ‘Mauracher Remix’ (another CD debut) gets the nod for Time and Again.

The much hyped ‘Kygo Remix’ of Take On Me is also included and that’s probably very much a ‘marmite’ version of the classic 1985 single – you’ll either love it or hate it.