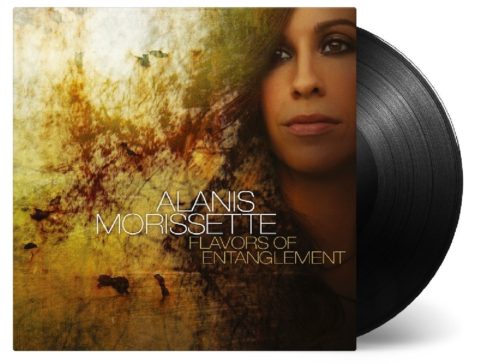 Alanis Morissette‘s 2008 album Flavors Of Entanglement is released on vinyl for the first time in March.

The Canadian singer-songwriter’s seventh studio album was genre-mixing collaboration with British composer Guy Sigsworth, who produced and co-write every track on the record.

The album spawned three singles with Underneath a minor hit in a few territories (notably Canada, where it peaked at number 15).

There was a two-CD deluxe edition back in the day with five bonus tracks, but the album was never issued on vinyl. This new edition comes with a four-page booklet with information about the songs and is released on 16 March 2018.

1. Citizen Of The Planet
2. Underneath
3. Straitjacket
4. Versions Of Violence
5. Not As We
6. In Praise Of The Vulnerable Man

U2 / No Line On The Horizon 10th anniversary 2LP vinyl reissue

Universal Music have just reissued four of The Killers‘ albums on vinyl, with two making…