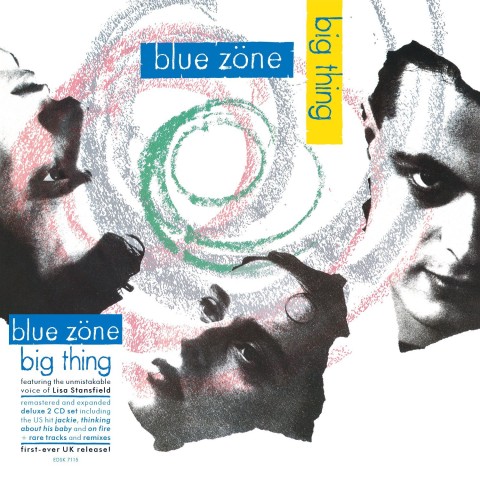 Lisa Stansfield’s first band Blue Zone’s one and only album, Big Thing, was never even released in the UK when it was issued in 1988, but 28 years later that is rectified with a double-disc deluxe edition slated for a November release.

The Rochdale trio (Stansfield alongside Ian Devaney and Andy Morris) was formed in 1984 and although four singles were released in the UK between 1986 and 1988, a top 40 hit eluded them. It was in America that the band tasted some success where Jackie proved a club and chart hit (it peaked at 54 in the Hot 100)

The album Big Thing (largely produced by Paul O’Duffy who was also working with Swing Out Sister at this time) eventually was put out in late 1988 (about a month after Duran Duran released their own ‘Big Thing’) although not, as mentioned, in the UK.

After the success of People Hold On in early 1989 (a song recorded for Coldcut’s album What’s That Noise?) Stansfield, Devaney and Morris would focus on Lisa’s solo career going forward.

Edsel have created a remastered Deluxe Edition of Big Thing which has been expanded to include bonus tracks, B-sides and remixes from all the singles. It comes with a 24-page booklet with new sleeve notes.