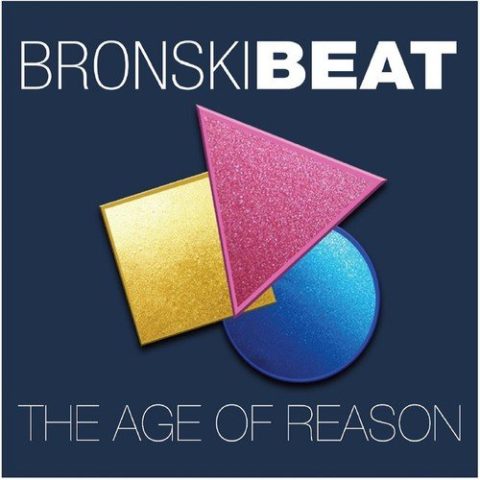 33 years after their debut album, Bronski Beat return, as founding member Steve Bronski teams up with singer Stephen Granville for an expanded reworking of The Age Of Consent.

Dubbed The Age Of Reason, as well as “inventive and inspired” reworkings of most of the songs from the original record, the new album features three new tracks: a cover of Sylvester’s Stars, and new songs I’ll Be Gone and A Flower For Dandara. The latter is a tribute to the recently murdered Brazilian transexual Dandara dos Santos.

This is a two-CD set with the second disc largely concerned with multiple remixes of those three tracks. Interestingly, the remixes of A Flower For Dandara feature the voice of Rose McDowall, singer with cult ’80s favourites Strawberry Switchblade.

The Age Of Reason comes seven months after original keyboardist Larry Steinbachek died. The other member of the original line-up, a certain Mr Jimmy Somerville, left the band in 1985 and formed a partnership with Richard Cole as the Communards. After they disbanded he has enjoyed a successful solo career.

The Age Of Reason (Deluxe Edition)

Cherry Red/Strike Force Entertainment are issuing Club Homage at the end of this month, a…

Bronksi Beat and Communards 2CD Deluxe Editions on the way